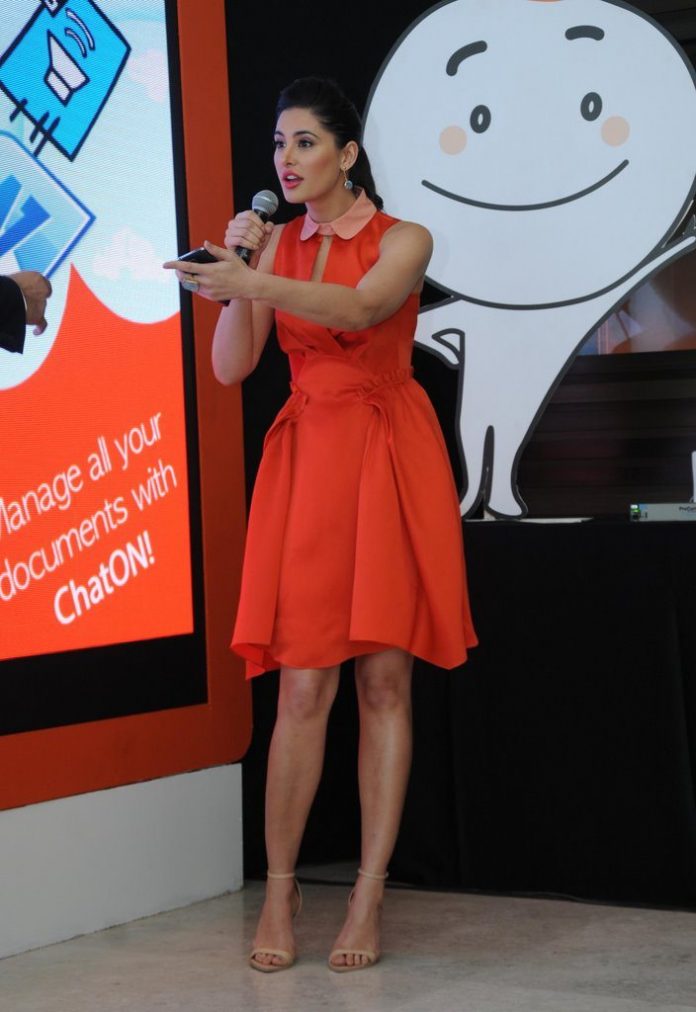 BollywoodGaram.com: Bollywood star Nargis Fakhri unveiled the new version of Samsung’s ChatON messenger during an event in Delhi on April 16, 2014. The ‘Rockstar’ actress appeared in a pretty red dress.

The event was also attended by the Director of Media Solutions Center – South West Asia, Tarun Malik, who said that with the launch of the 3.5 version of ChatON, mobile instant messaging has been simplified and more innovative features have been added. The application has been updated while keeping in mind the needs of the young and socially connected users.

Fakhri is currently celebrating the successful release of her Bollywood flick ‘Main Tera Hero’ opposite Varun Dhawan and Ileana D’Cruz.