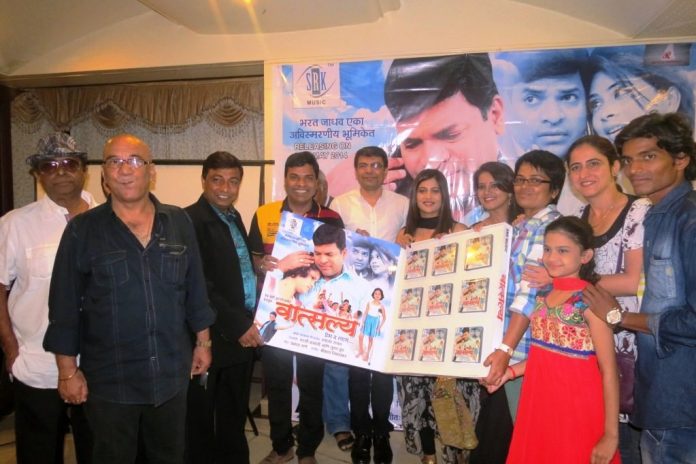 BollywoodGaram.com: The entire cast of the upcoming Marathi movie ‘Vatsalya’ gathered in order to launch the music in Pune on April 16, 2014. The launch event was attended by Ruchita Jadhav, Priya Gamre, Bharat Jadhav, Vaibhav Khare, Varad Chavan and Vijay Chavan.

Dayanand Rajan directed the movie which is based on a tender relationship between a father and his daughter. Jadhav is playing the lead role in the flick and the director stated that the character of the father is quite different from others as it has many layers.

The story follows the father’s struggles and the way he faces challenges. Jadhav plays a doctor in Mumbai who goes to London for further studies.