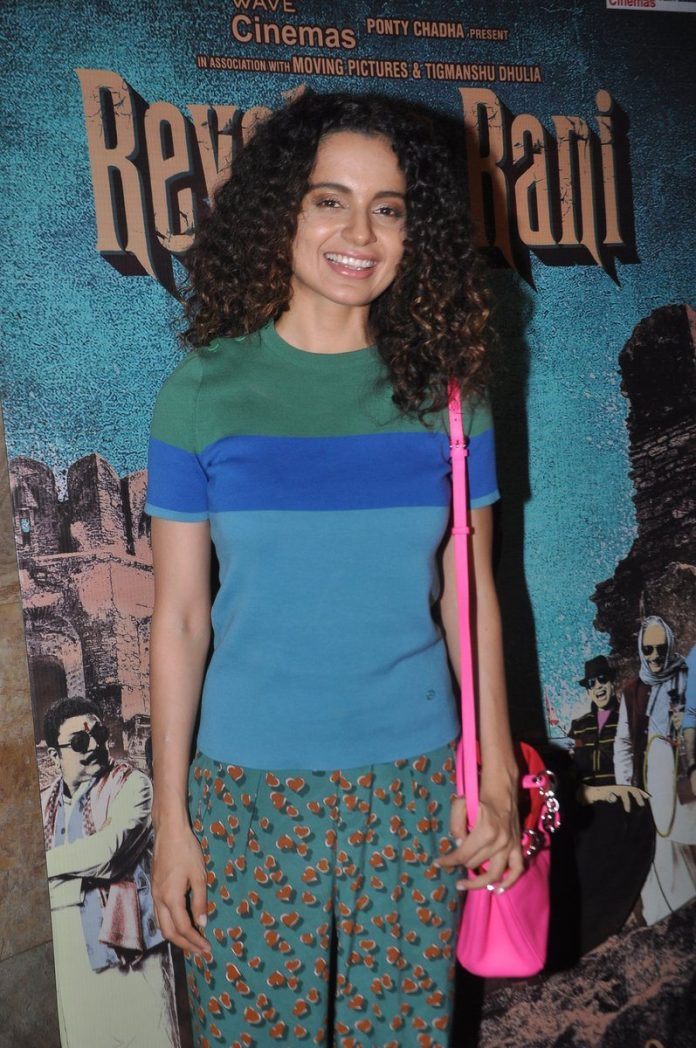 BollywoodGaram.com: Bollywood star Kangana Ranaut and producer Anurag Kashyap attended the special screening of their upcoming movie ‘Revolver Rani’, which was held at Lightbox in Mumbai on April 24, 2014. The special screening was also attended by director Sai Kabir Srivastav.

The ‘Queen’ actress was seen wearing a colorful t-shirt with floral pants and she accessorized her outfit with a pink bag and matching sandals. ‘Revolver Rani’ was released in theaters on April 25, 2014. The flick has been set against the backdrop of politics and happens in Chambal, the land of rebels, politicians, bullets and blood.

Kabir directed the movie and Tigmanshu Dhulia produced it, while Vir Das and Kangana have the lead roles.