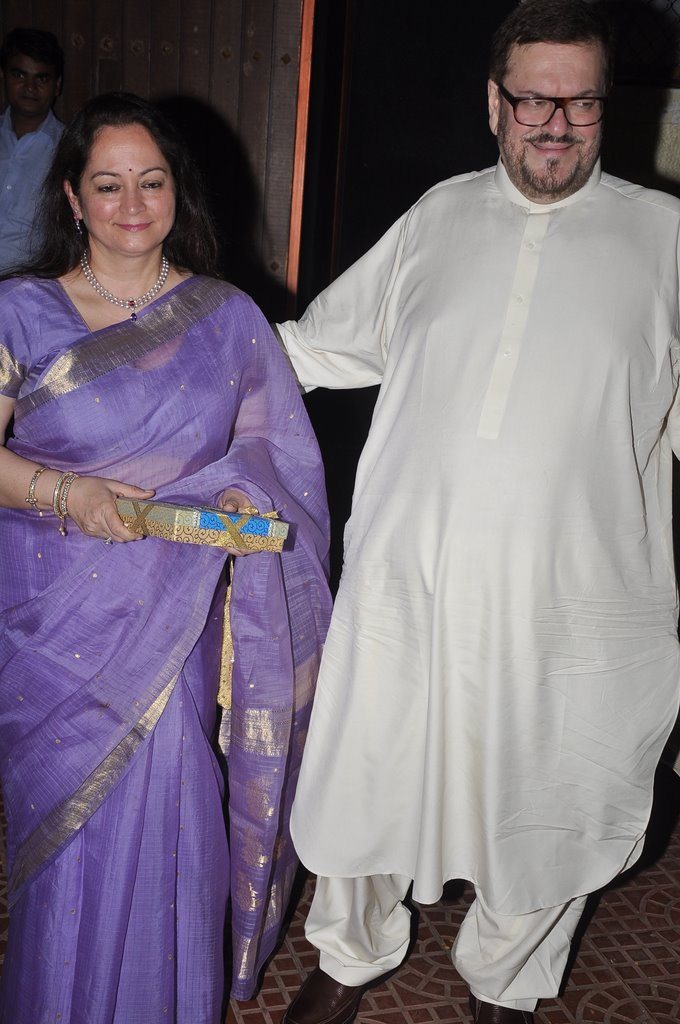 BollywoodGaram.com: Bollywood filmmaker Aditya Chopra and his wife Rani Chopra hosted a private party for a couple of Bollywood celebrities at their residence in Mumbai on May 4, 2014. Bollywood stars who attended the private event included Anupam Kher, Kiron Kher, Hiroo Johar, Nitin Mukesh, Karan Johar and others.

The celebrities gathered at the bash to congratulate the newlywed couple, who were married in Italy on April 21, 2014. The happy couple will soon host a lavish reception for their friends and family members in the industry.

Rani announced her wedding on the social networking site Twitter, which came as a pleasant surprise for her fans.