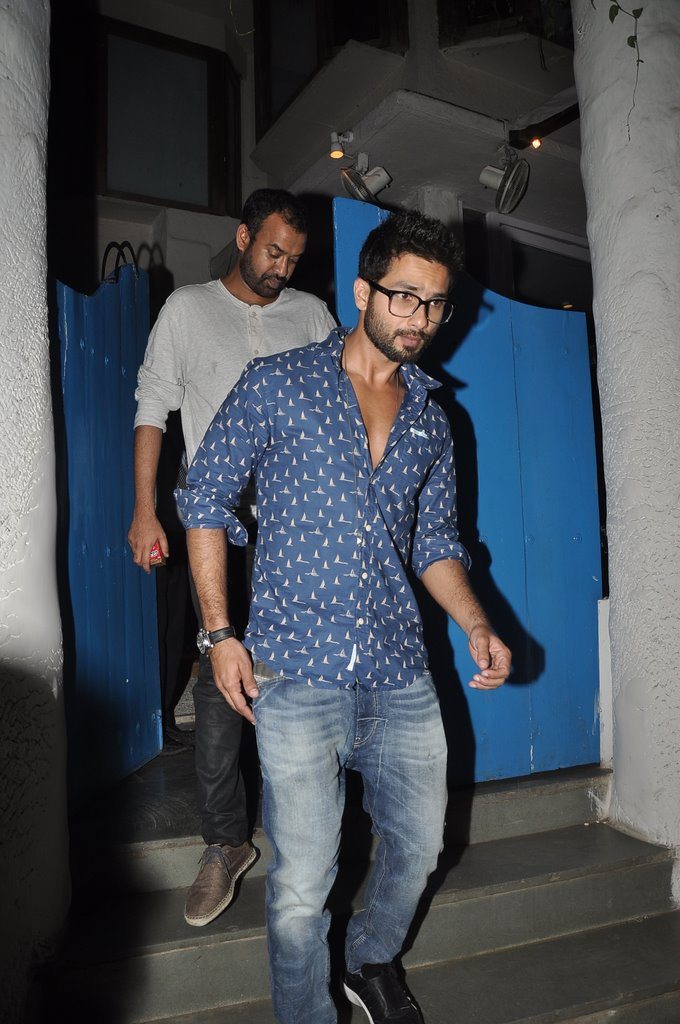 BollywoodGaram.com: Bollywood actor Shahid Kapoor was snapped leaving Olive Bar on May 9, 2014. Reports say that Indian actress Sonakshi Sinha – who is a good friend of the ‘Jab We Met’ actor – accompanied him that evening.

Shahid was last seen in the movie ‘R…Rajkumar’, in which he played the role of Romeo Rajkumar. The famous actor is currently shooting for the upcoming movie ‘Haider’, which is in the pre-production stage. The flick is directed by Vishal Bhardwaj and stars Shahid, Tabu and Shraddha Kapoor.

The upcoming Bollywood movie is expected to hit theaters on October 2, 2014. Reports say that the flick is based on Shakespeare’s Hamlet.