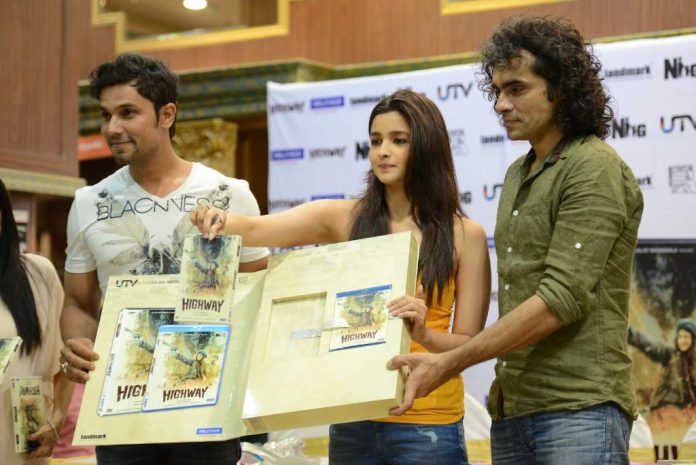 BollywoodGaram.com: Alia Bhatt and Randeep Hooda – the lead actors from ‘Highway’ – launched the official DVD of the movie during an event on May 13, 2014. The launch event was also attended by director Imtiaz Ali. The Bollywood flick was released on February 21, 2014 and was produced by Sajid Nadiadwala.

The story of the movie is about a young woman who is kidnapped just before her wedding and is held by the kidnapper for ransom. The girl slowly develops a soft spot for the kidnapper and starts enjoying his company.