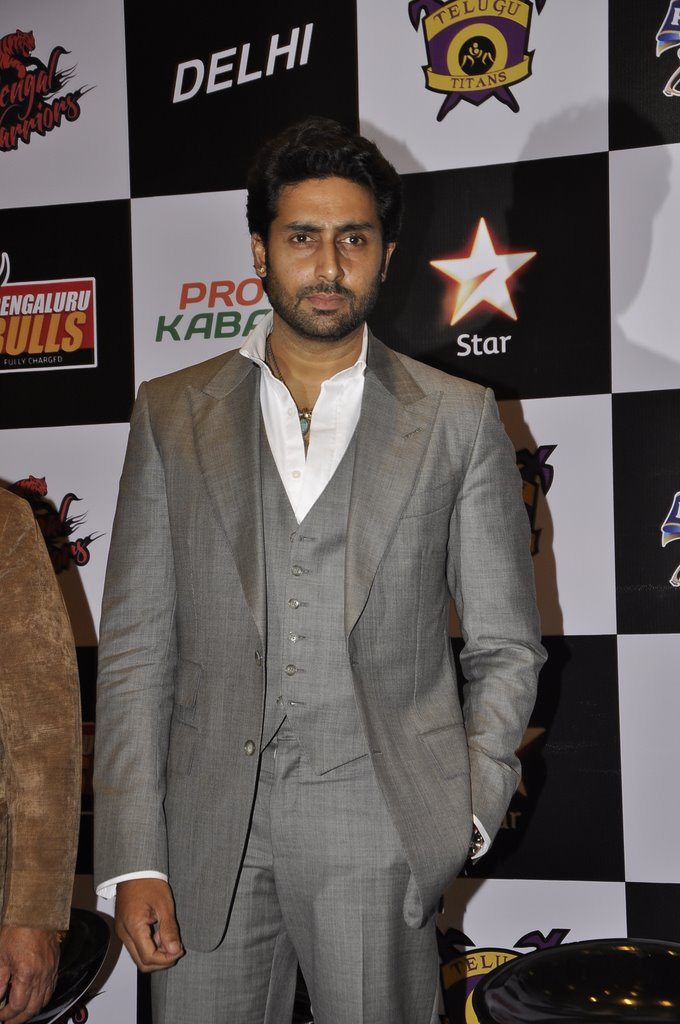 Bollywood star Abhishek Bachchan attended the Pro – Kabaddi League Press meet held in Mumbai on May 20, 2014. The ‘Guru’ star appeared for the event in a  fitted grey suit and looked charming as usual.

Jr. Bachchan later posted on Twittter saying that he has just finished the Pro- Kabaddi League Auction and is looking forward to the support for the Jaipur Pink Panthers. The actor added that they are happy with the team that they have got and wished the best for all the other franchises.

The ‘Dhoom’ star is now all set for his upcoming movie ‘Dostana 2’ which is a sequel to ‘Dostana’ (2008). Here’s wishing the stunning actor great luck for  all his filmy and sporting adventures.