Bollywood Garam: After a long time, a good and clean entertainment package has been given to the audience in the form of ‘Zindagi Na Milegi Dobara’. Director Zoya Akhtar has brought a story of a group of friends loitering on the streets of Spain for some fun and the reviews seem to be pretty positive, much the same way as the story of the movie.

The movie has been produced by Excel Entertainment and has been directed by Farhan Akhtar’s sister Zoya. The story is about three friends:  Arjun played by Hrithik Roshan – who is not of the commitment-type, Imraan played by Farhan Akhtar- a spare time poet and Kabir played by Abhay Deol – a Richie Rich guy.

This is the second time Zoya is donning the hat of the director, after the critically acclaimed movie ‘Luck By Chance. The whole movie is like a bachelor trip which is planned by Kabir in Spain. Kalki Koechlin in the movie is engaged to Kabir, while Katrina Kaif is a fashion student from London. You can also expect a cameo from none other than Naseeruddin Shah.

The La Tomatina festival is the sequence which will also be enjoyed by the audience. The scene has been shot for the song ‘Ik Junoon’ with more than 16 tons of tomatoes, which were flown from Portugal. It is a fresh return for Abhay in the main stream cinema while all the others too brought out their best.

The binding between the three friends is acted out very well, and it seems pretty realistic at times. Even the events that the characters take part in like deep-sea diving, sky-diving, the festival are filmed extremely well. Kat’s part is played with finesse while Kalki is perfect in her role as a possessive girlfriend.

Our verdict? You should not miss this movie at any cost, it will help you to look at the bigger picture in life and is definitely a must-watch. 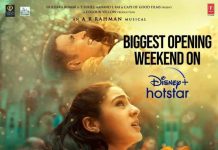