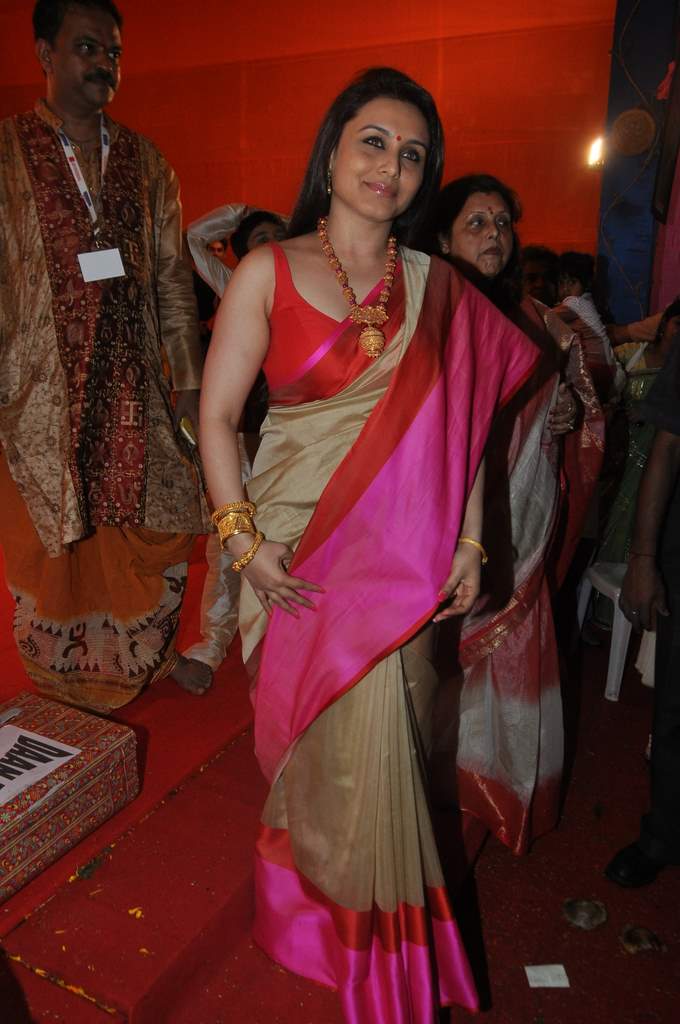 Bollywood actress Rani Mukherji is back to work. The makers of the upcoming movie ‘Mardaani’ has released the first look of the flick. Rani in the movie will be seen playing the lead role of a cop.

Director Pradeep Sarkar has for the first time ventured a different style which is away from his regular style of direction. Rani will be seen as Shivani Shvaji Roy who is an cop working with the Mumbai Crime Branch Unit. The officer has an eye to pick up clues and is fearless in facing the hardened criminals.

The cop slowly gets in to the world of cruel desires, exploitation and debauchery and also gets in to a case which changes her life forever. There is a case where a teenage girl is kidnapped by the child trafficking mafia and smuggled outside the city. An obsessive hunt was launched for the girl after which a cat and mouse game between the cop and the mafia continued.

The movie is directed by Pradeep Sarkar and is produced by Aditya Chopra of Yash Raj Films. The audience is waiting for the movie as it will have Rani in an all-new avatar. ‘Mardaani’ also has Jisshu Sengupta who will play the role of Rani’s love interest.