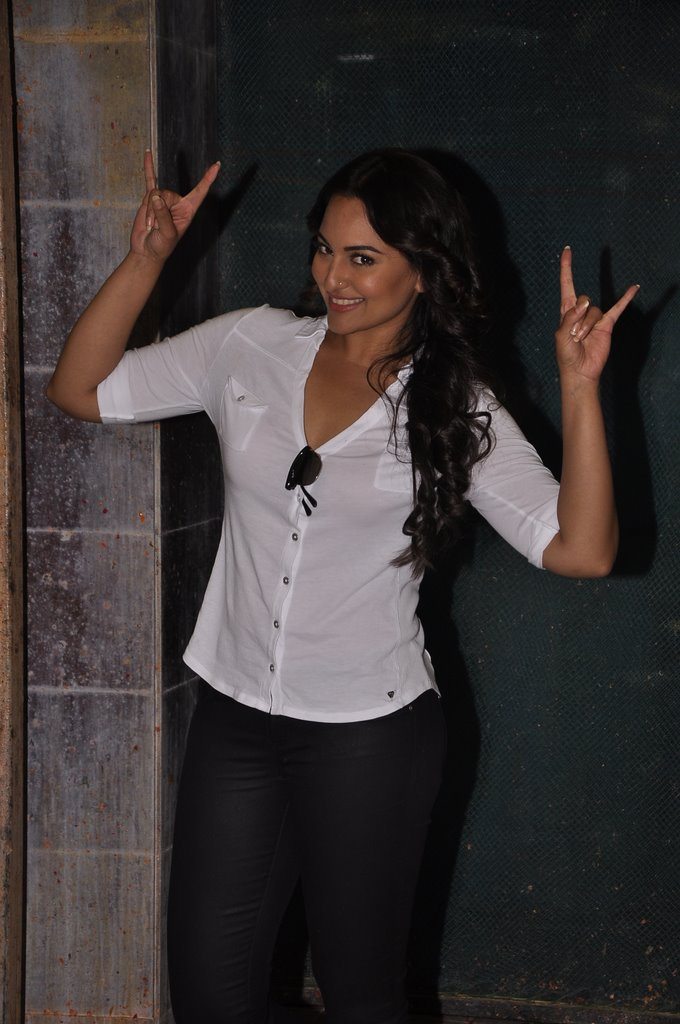 Actress Sonakshi Sinha was in a holiday mood as she celebrated Hindustan Times’ No TV Day.

Bollywood actress Sonakshi Sinha was seen having a great time at Smaaash in Mumbai on May 31, 2014. The ‘Dabangg’ actress partook in the Hindustan Times No TV Day initiative which encourages people to stay away from their television sets for a day and spend some time outdoors.

The beautiful Sonakshi was seen doing just that and that too, in style! Dressed in a figure hugging black and white combo, the actress looked quite sporty.

Sinha is all set to be seen opposite Akshay Kumar in the upcoming movie ‘Holiday’- directed by A.R Murugadoss and produced by Vipul Shah.

Sonakshi will be seen playing the role of a boxer in the film. The movie also has actor Govinda in a supporting role and is a remake of the 2012 Tamil movie ‘Thuppakki’.