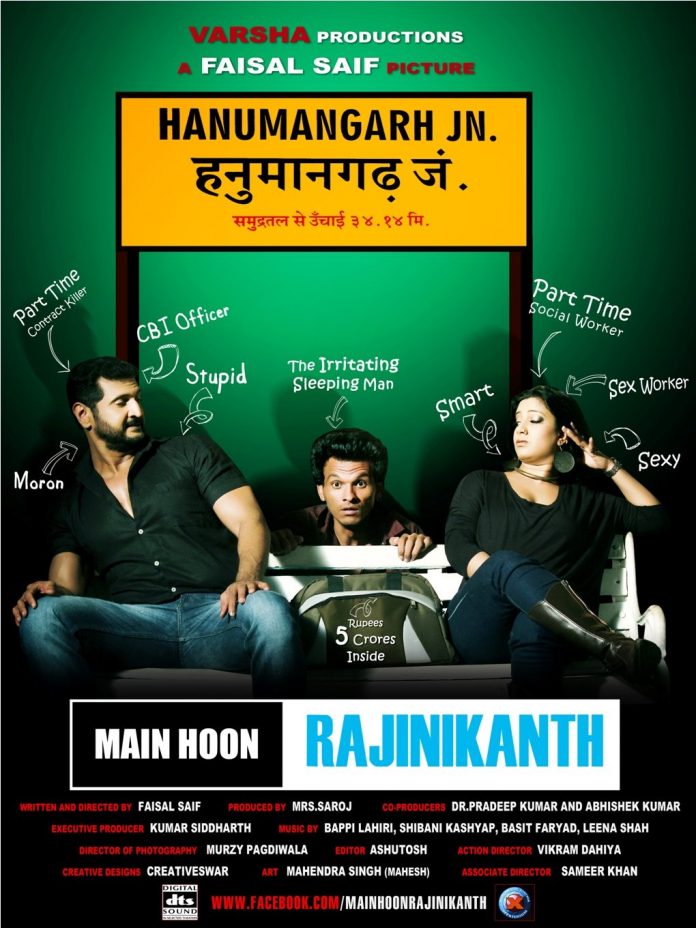 It’s official! The first look of the much- awaited film, Main Hoon Rajnikanth is out.

Makers of the upcoming movie ‘Main Hoon Rajinikanth’ have released the first look of the movie. It was initially thought that the movie is going to be a biopic on the life of the legendary south superstar – Rajnikanth. However, it has now been confirmed that the film is in fact a tribute to Rajnikanth and his magnanimity.

The poster of the movie has lead actor Adithya Menon sitting on the Railway Platform of Hanumangarh Jn with Kavitha Radheshyam. By the looks of the poster it seems like a promising entertainer with Shakti Kapoor, Sunil Pal, Reema Lagoo, Sodi Sultan, Ganesh Yadav and Smita Gondkar.

Faisal Saif has written and directed the movie under the banner of Varsha Productions, while the music has been composed by Shibani Kashyap, Bappi Lahiri, Leena Shah and Basit Faryad.

The movie is all set for a nationwide release by the end of August 2014.

Well, we all know that any film even remotely associated with superstar Rajnikanth needs no publicity, the man’s name just does it all!