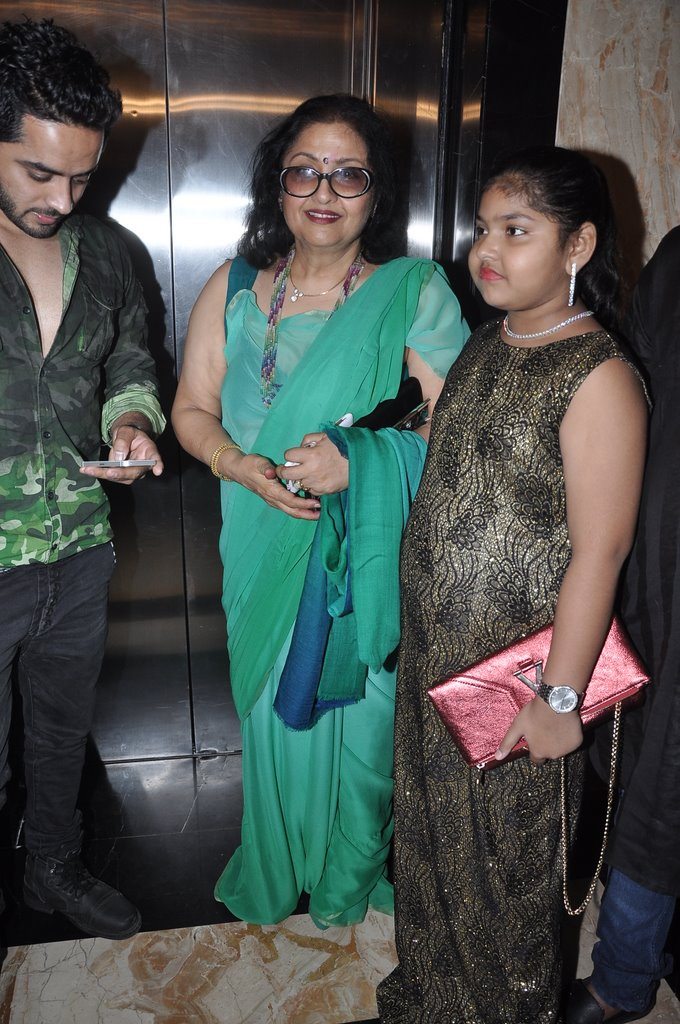 The former Indian actress has earlier appeared in Bollywood movies, Mehboob Ki Mehndi with Rajesh Khanna in 1971 saw one of her most memorable performances. Leena’s first husband Siddharth Bandodkar who hailed from a political family died in just a few days after the couples wedding. His death was due to an accidental gunshot wound. The actress was widowed at the age of 25. After a few years, the actress got married to veteran singer Kishore Kumar.

The father of the actress was initially against the marriage as Kishore was already married three times before and was 20 years older than her.

The former actress was seen in a beautiful flowing green sari at the award function.