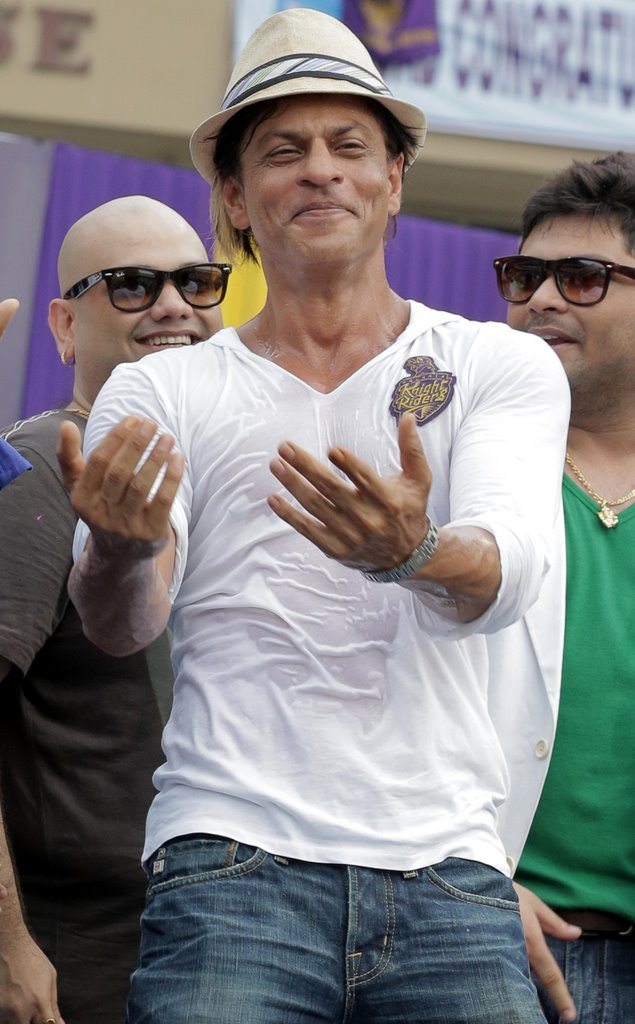 The celebration saw SRK celebrate along with the Kolkata Knight Riders team and co-owner Juhi Chawla. Together they proudly paraded the golden Indian Premiere League Trophy.

A jubilant Shahrukh Khan celebrated with his team over the second win of the IPL team in the latest season after it beat Kings XI Punjab.

The stadium was bursting at its seems with several fans and around 1.5 lakh people standing outside the historic arena. As the ‘My Name Is Khan’ actor blew kisses to his fans, the crowd went crazy, he also shook a leg to his blockbuster song ‘Lungi Dance’. Juhi too walked with the players while the anthem of the team ‘Korbo Lorbo’ played in the background.

SRK arrived three hours late due to his flight getting delayed, but that didn’t manage to dampen the spirits of the crowd. The deafening roar of the audience with SRK on stage set the maddening tone of the evening.