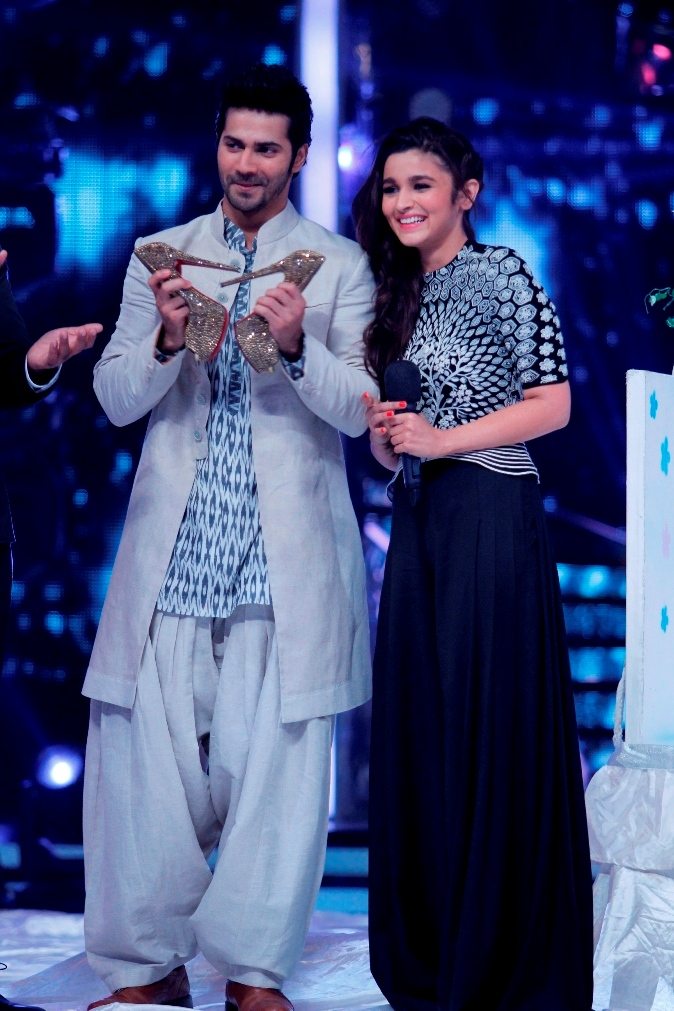 Bollywood stars Alia Bhatt and Varun Dhawan appeared on the first episode of the reality show ‘Jhalak Dikhhla Jaa’ in Mumbai on June 4, 2014. The actors launched their song ‘Saturday Saturday’ from their upcoming movie ‘Humpty Sharma Ki Dulhaniya’ on the show.

Varun interacted with the media and said, “it is very special as it is the first episode of ‘Jhalak… Season 7 and  we have come here to launch our song ‘Saturday Saturday’ which is the first song from the movie.” The ‘Student Of The Year’ actor added that he and Alia are excited and thrilled for the audience to see the video.

The producer of  Humpty Sharma Ki Dulhania – Karan Johar – who is also a judge on Jhalak Dikhhla Jaa, was also at the event.