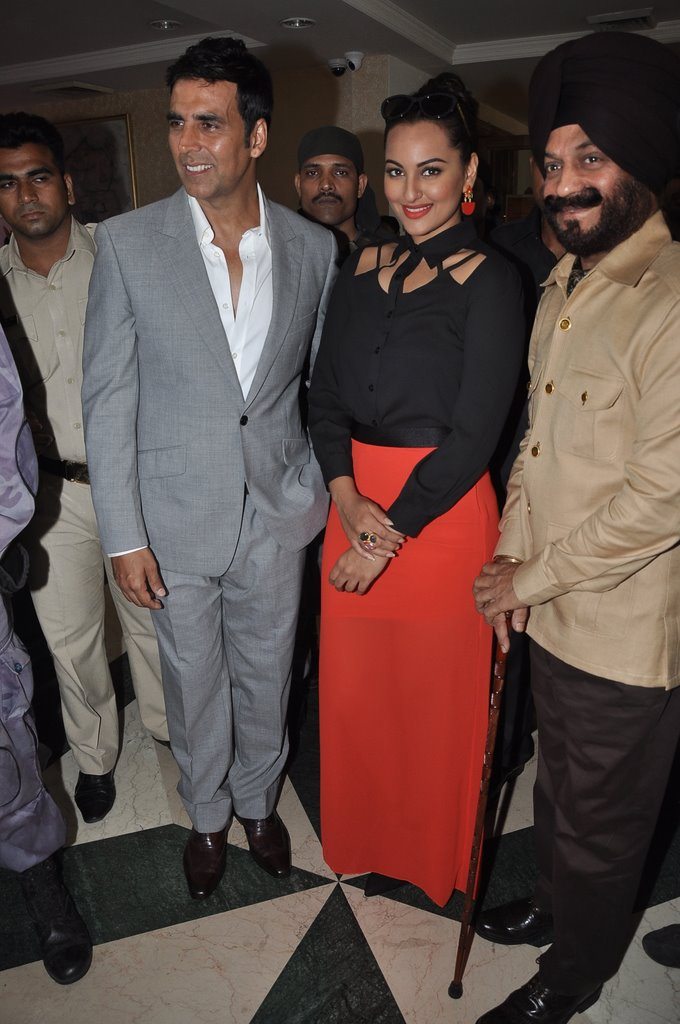 Akshay and Sonakshi promote Holiday at a press event in Mumbai.

Bollywood actors Sonakshi Sinha and Akshay Kumar promoted their movie ‘Holiday- A Soldier is Never Off Duty’ at a press meet held in Mumbai on June 4, 2014. The press event was also attended by B.S. Bitta, the Chairman of The All-India Anti Terrorist Front.

Khiladi Kumar will be playing a serious role in a film after a long spate of commercially driven blockbuster hits.

The movie ‘Holiday’ is the Hindi remake of the Tamil movie ‘Thuppakki’ which stars Vijay and Kajal Agarwal. The film’s director A.R. Murugadoss – who also directed blockbuster ‘Ghajini’ – has explored some uncharted territory in the film. Terrorism, sleeper cell networks in the city and covert military drama are  some of the topics that Holiday has weaved into its narrative.

The movie is all set to hit the theatres tomorrow.