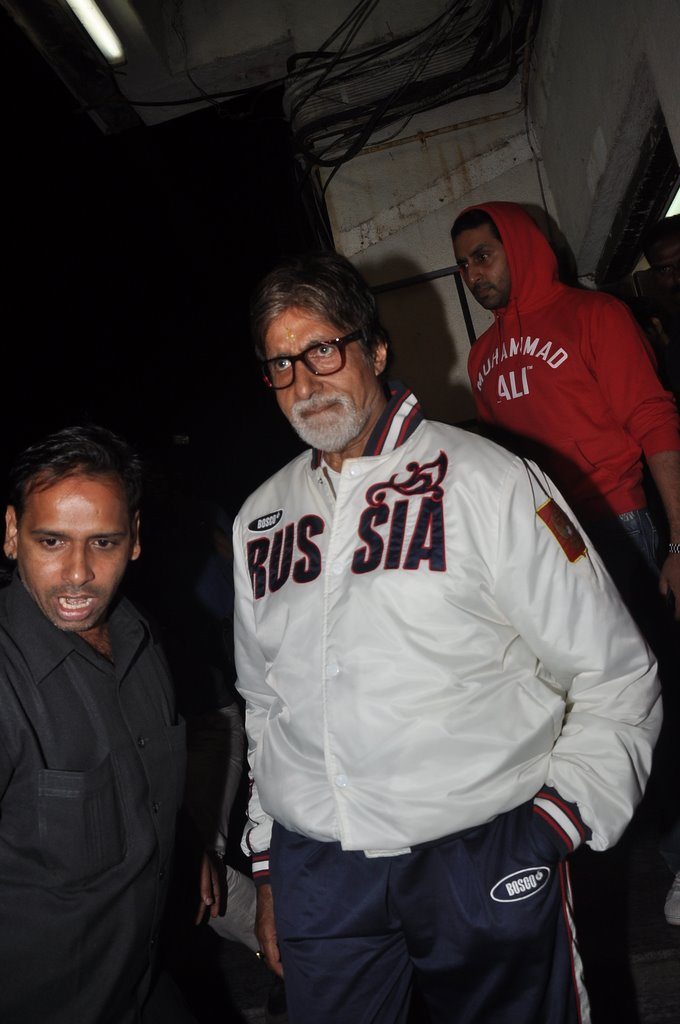 Amitabh Bachchan and Abhishek Bachchan were snapped at the movies!

Looks like superstar Amitabh Bachchan and son Abhishek Bachchan caught up on some father-son bonding, the paparazzi camera’s spotted the two at PVR Cinemas in Mumbai on June 4, 2014. They were there to watch the Hollywood blockbuster – ‘X-Men: Days of Future Past’.

Both the stars were spotted donning a casual attire, Abhishek wore a hooded T-shirt and Amitabh appeared in a track suit.

As usual, Amitabh posted about his outing on his blog saying, “Was with the boys for a night out !! The ‘X Men’ at a theatre PVR near by for the 11:30 pm show – Abhishek, Bunty Walia, Sameer, Vishal-Shekhar and that mad bong Sujoy .. pop corn, corny jokes, 3D glasses and fun ..!! Must do this more often !!”