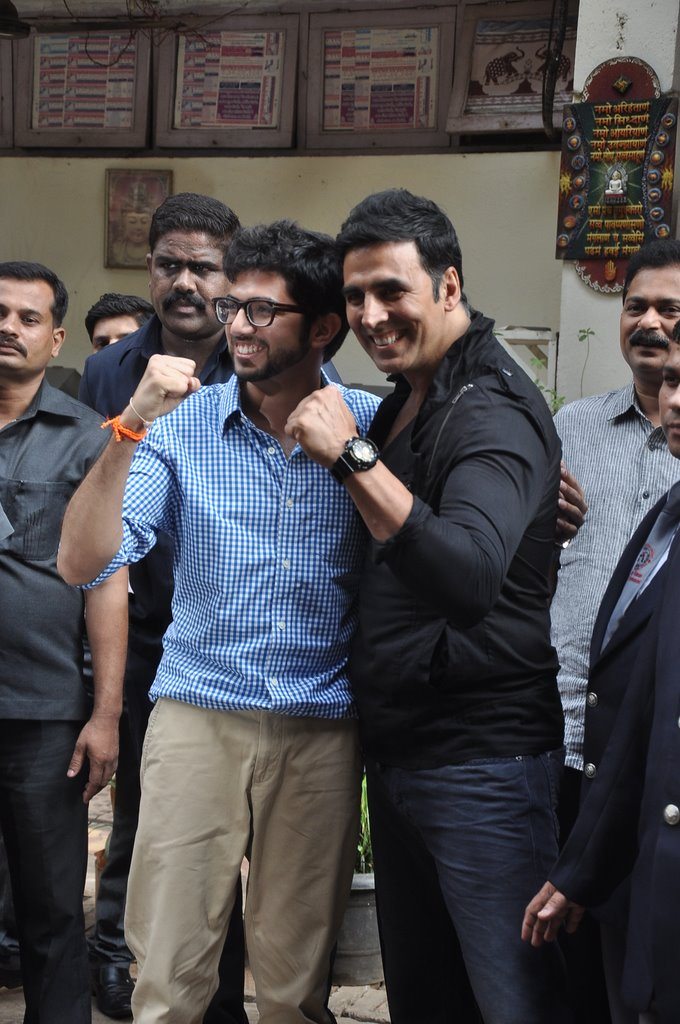 The ‘Khiladi’ actor looked his fittest best as he sported a fitting black jacket teamed up with blue jeans.

The new academy will aim to train women in martial arts and a three month course will be offered free of cost. Thackeray and Akshay Kumar had also inaugurated actor Dino Morea’s fitness centre a few months ago. Akshay is a trained martial arts expert himself and has launched a Tolpar knife training and unarmed combat session for the newly inaugurated academy.

The ‘Welcome’ actor addressed the media at the launch event and spoke about the necessity of martial arts and its value in real life.