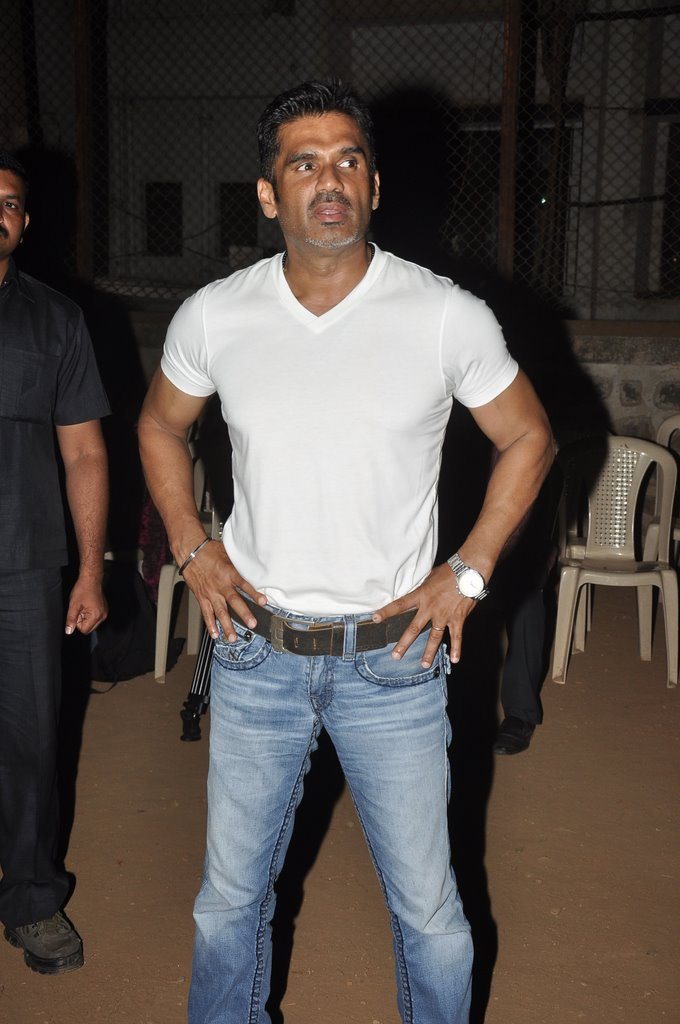 Bollywood heroes and their love for cricket! Team Desi Kattey plays a warm up match.

‘Desi Kattey’ is an upcoming action-drama movie which is produced by Anand Kumar under the banner of Anand Kumar productions. It is due for release on August 28, 2014.

The screenplay and story of the movie is written by Aaryaan Saxena. Sunil Shetty will take on the lead role in the film. Famed singer Kailash Kher has composed the music for the film.