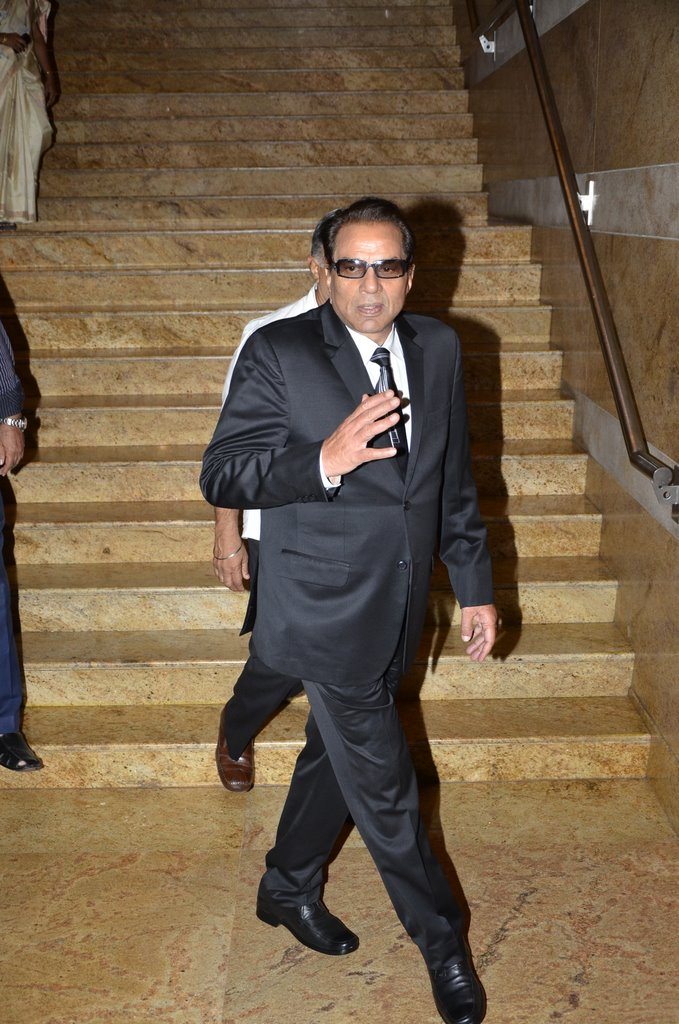 Bollywood stars Aamir Khan, Amitabh Bachchan and Dharmendra were present to launch veteran actor Dilip Kumar’s autobiography – ‘The Substance and the Shadow’ – at an event held at Hotel Grand Hyatt in Mumbai on June 9, 2014.

Amitabh  posted about the event on his official blog and said that he has always admired Dilip Kumar and that it was beyond imagination for him to be a part of such an event.

Dilip Kumar is a celebrated Indian actor, his career was at its peak in the 1950- 60’s when he acted in movies like Devdas (1955) and Mughal-e-Azam (1960). The veteran star is also a Padma Bhushan awardee and the first recipient of  the Filmfare Best Actor Award.

Here’s a look at the entire launch event.