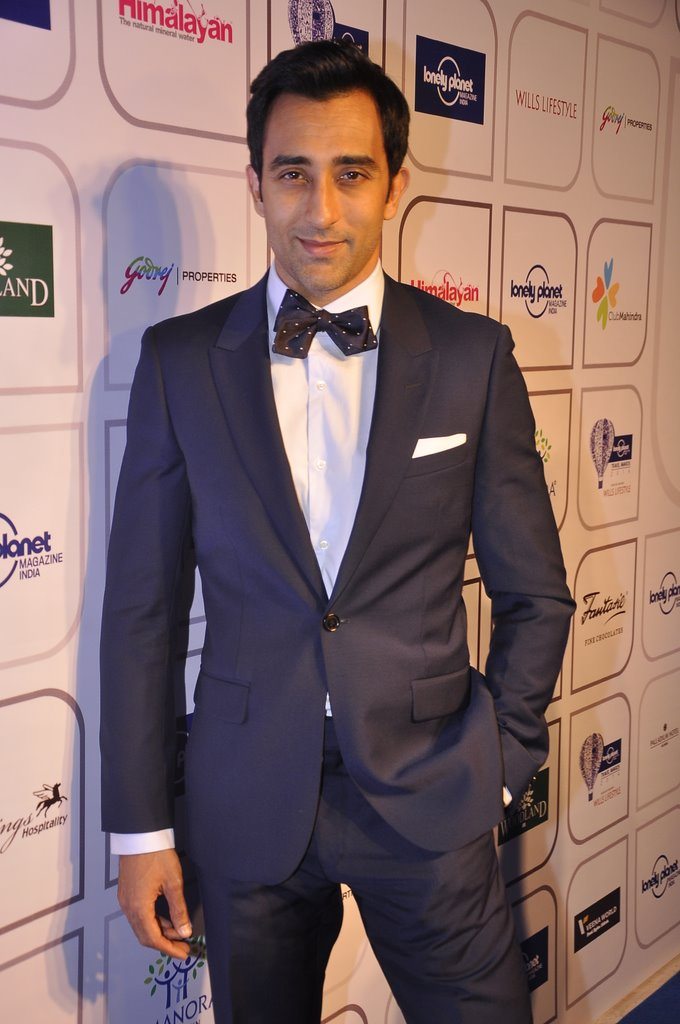 Rahul started off in showbiz as a video jockey with MTV Asia in 1994 following which he made his debut with the Deepa Mehta’s movie ‘1947 Earth’ opposite Aamir Khan. Rahul’s performance was appreciated by many and also won him accolades such as the Filmfare for Best Male Debut.

The actor later continued with films like ‘Elaan’ and ‘Raqeeb’. In terms of commercial endorsements, he has also been associated with many brands like Pepsi, Toyota and Lays.

Evelyn Sharma is best remembered for her smoking hot role as Lara in ‘Yeh Jawani Hai Diwani’. RajKumar Rao who was also seen at the stylish event, is turning out to be Bollywood’s dark horse, with his recent movie ‘Citylights’, he has turned every last critic into a fan!