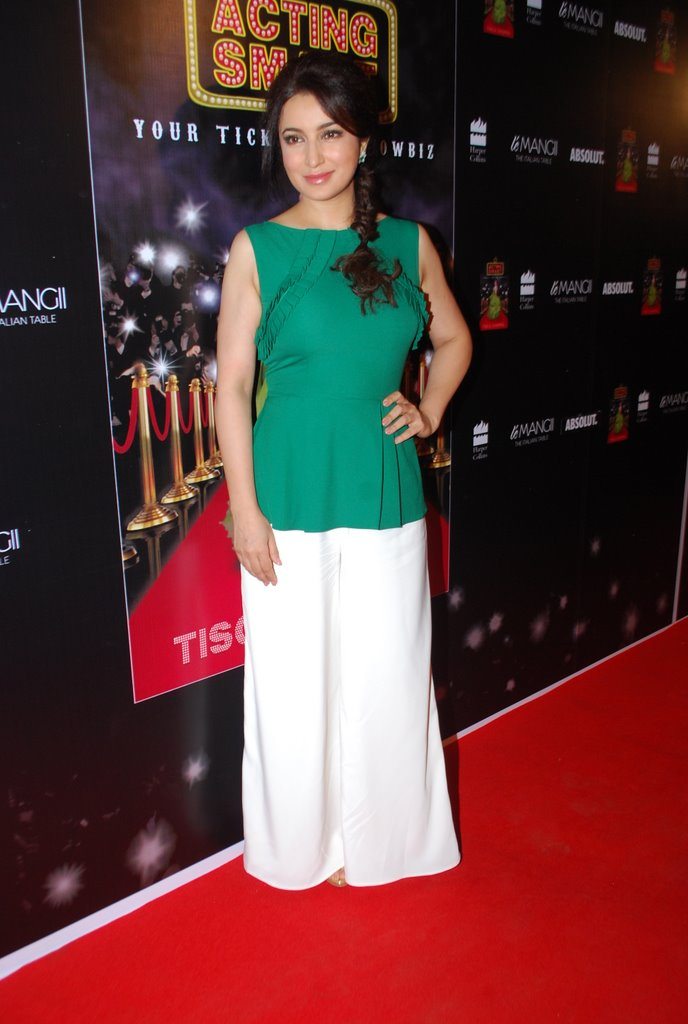 Tisca Chopra celebrated the success of her book ‘Acting Smart’ by throwing a party in Mumbai.

Bollywood actress Tisca Chopra seems to have swapped career paths temporarily, the talented actress celebrated the success of her book ‘Acting Smart’ at Le Mangii in Mumbai in June 11, 2014.

Her book ‘Acting Smart’ is for struggling  and aspiring actors who wish to make it in the showbiz. The book if full of tips and enthralling anecdotes by Bollywood guru’s like Imtiaz Ali, Shabana Azmi and Boman Irani.

Tisca is best remembered for her roles in movies like ‘Taare Zameen Par’ -where she played the lead child protagonist’s mother – and  Nandita Das’s Firaaq.

The actress has also worked in television and her role opposite Anil Kapoor in the Indian version of the 24 series received much applause. Shewas nominated for Best Actress at the 11th Annual New York Indian Film Festival.

Tisca sure has a lot of feathers on her hat!