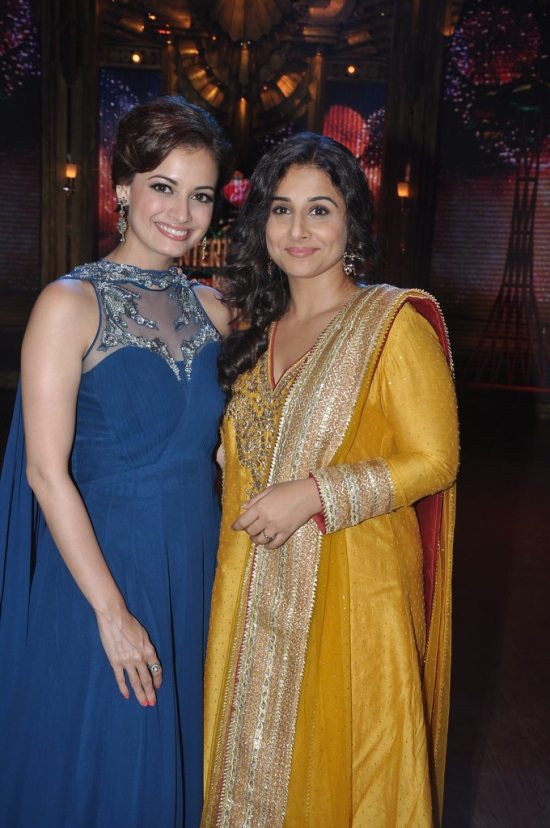 The leading lady of Bobby Jasoos – Viday Balan – along with her producer Dia Mirza were seen promoting their upcoming film Bobby Jasoos on the small screen. Dia and Vidya were on the sets of popular reality show Entertainment Ke Liye Kuch Bhi Karega.

The two beautiful ladies were in complete awe of the talent being displayed on the show.

“It was very interesting to see the acts. Vidya and I got very scared also.” said Dia Mirza. Vidya spoke about her favorite act on the show and her role in the film.

The movie also has Tanvi Azmi, Ali Fazal and Vinay Varma in supporting roles. This will mark the second project of Born Free Entertainment after their movie ‘Love Breakups Zindagi’. Shantanu Moitra has composed the music for the film.

Vidya will once again be seen in a heroine centric film, shouldering the whole weight of the film. This is not the first time that the talented Vidya has taken up a female-centric role. ‘Kahaani’ also had Vidya playing a strong female role and anchoring the film without a leading man.