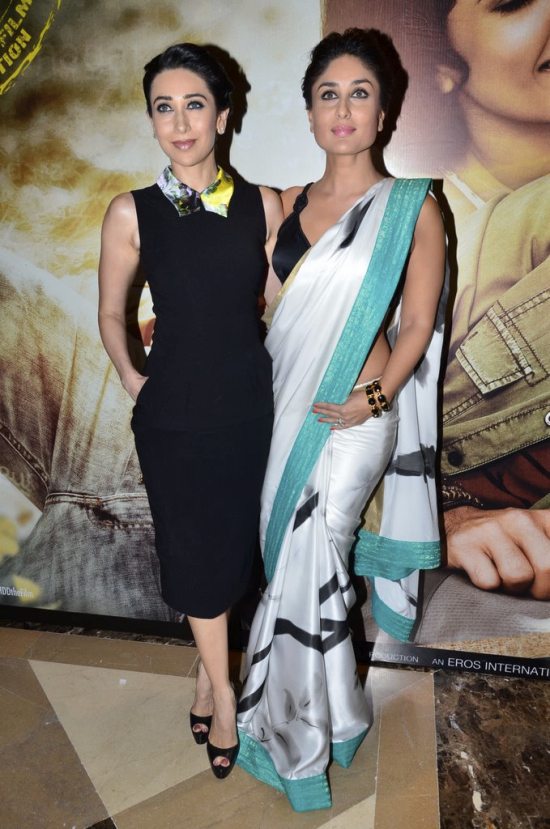 The highlight of the event was to see the illustrious Kapoor family all together at an event. The lead actor of the movie – Armaan Jain – happens to be the grandson of  the late legend Raj Kapoor and has a number of relatives who are successful actors in the Indian film industry.

Armaan Jain is the son of Reema and Mohan Jain, he had his entire maternal family by his side at the music launch, including Karisma and Kareena Kapoor, Neetu and Rishi Kapoor, Randhir Kapoor, his nani and wife of Raj Kapoor – Krishna Raj Kapoor.

The event was attended by the whose who of Bollywood; music maestro A.R Rahman who has composed music for the film performed at the music launch, adding to the evening’s glamour and style quotient.

The stars of the film – Armaan and Deeksha – enthralled audiences with their spectacular dance performance. Sisters Kareena and Karishma Kapoor didn’t leave any chance to cheer their Armaan on stage.

The film is slated for release on July 4, 2014. It will clash with the Vidya Balan starrer Bobby Jasoos.

Here’s a complete look at the glamorous evening.