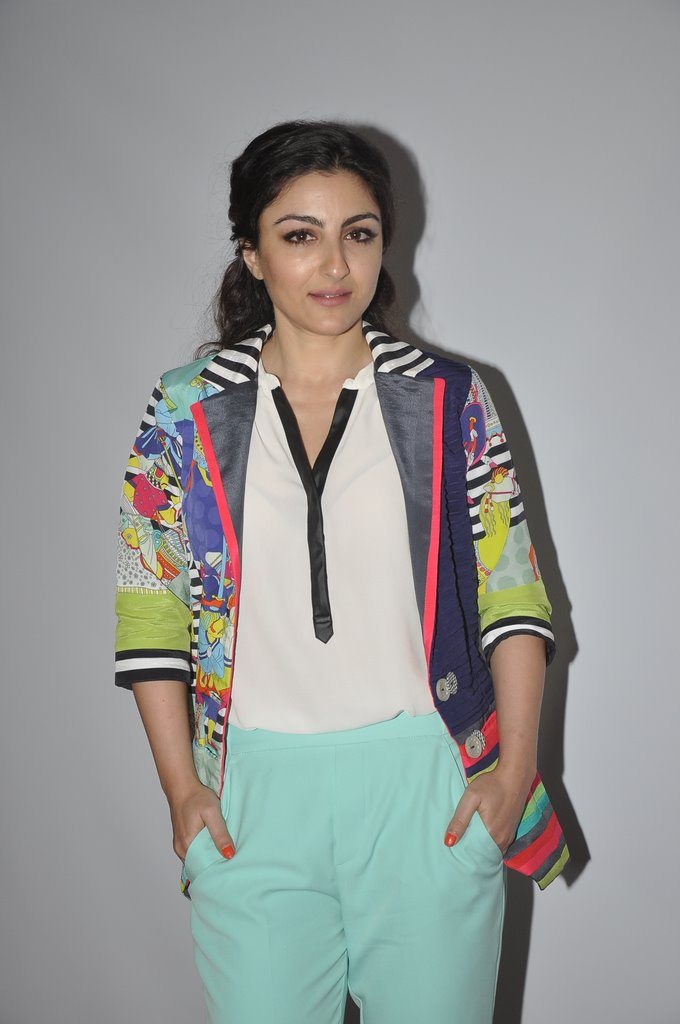 Bollywood actress Soha Ali Khan launched the trailer of her upcoming movie ‘Chaarfutiya Chhokare’ at the Raheja Classic Club in Mumbai on June 18, 2014.

Soha looked ultra chic and stylish in a pair of trendy turquoise blue trousers paired with a uniquely printed jacket.

The trailer of the movie reveals its woman-centric feel; Soha will be seen playing the role of Neha Malini – an NRI girl who has come back to India with an aim of starting a village school in North Bihar. Soha’s strong female character in Chaarfutiya Chhokare is already creating a buzz amongst audiences.

The film is being touted as a social thriller directed by Manish Harishankar and produced by Sunill Khosla and Vibha Dutta Khosla.

While interacting with the media, Soha also spoke about her upcoming project which is tentatively titled as ‘October 31st’ and is based on the 1984 sikh riots which happened in Delhi after the assassination of the then Prime Minister Indira Gandhi.

Well, these seem like some really meaningful films and roles for the ‘Rang De Basanti’ actress. Here’s wishing Soha all the best for her future endeavors.