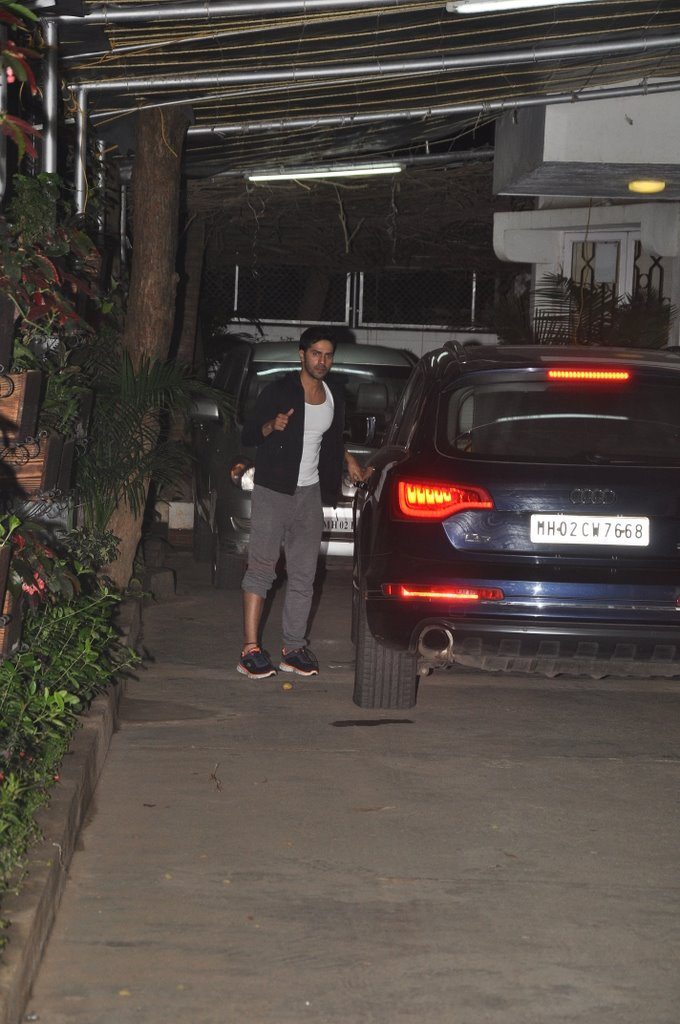 Bollywood heartthrob Varun Dhawan was snapped as he exited Sunny Super Sound at Juhu in Mumbai on June 20, 2014. Varun is currently gearing up for the release of his upcoming movie – ‘Humpty Sharma Ki Dulnahiya’ – opposite actress Alia Bhatt.

In the film, Varun takes on the character of Humpty Sharma who is a cricket crazed fan, searching for his bride. The movie also has Kavya Pratap Singh and is produced by Karan Johar.

The movie is all set to hit the theaters on July 11, 2014. The ‘Student Of The Year’ actor will next appear in the upcoming movie ‘Badlapur’, in which his character will take on shades of grey. Looks like someone is taking cue from his former co-star – Sidharth Malhotra in Ek Villain – at aiming to shed the chocolate boy image!