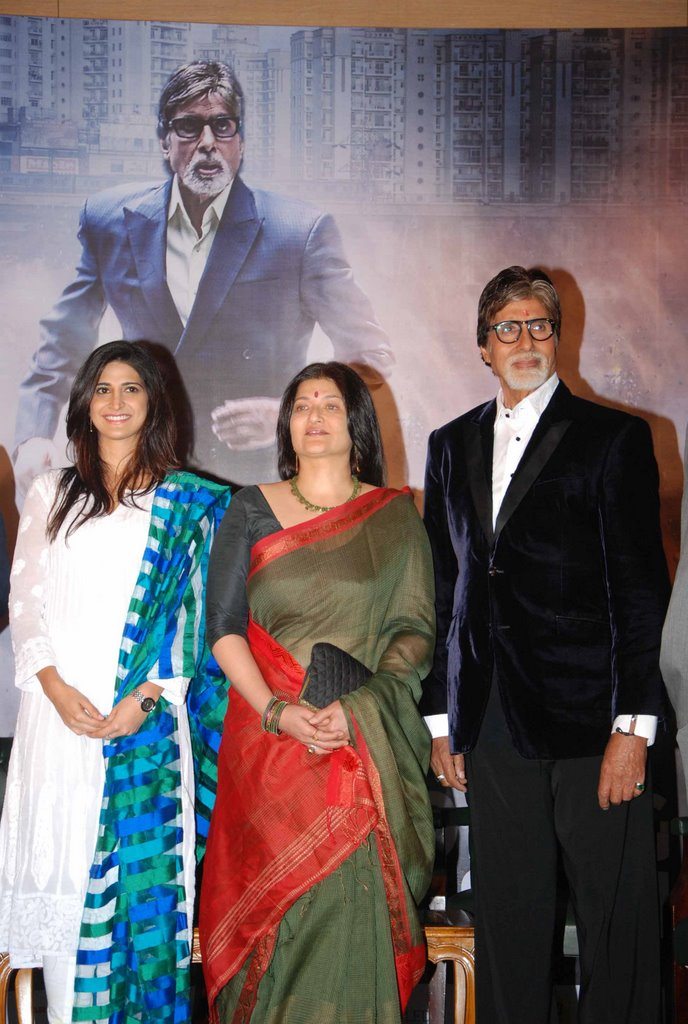 Big B promotes his TV series Yudh with co-star Sarika.

‘Yudh’ has directors Ribhu Dasgupta and Anurag Kashyap at the helm of affairs. ‘Madras Cafe’ director Shoojit Sircar will be the creative consultant for the show.

Kay Kay Menon, Nawazuddin Siddique and Tigmanshu Dhulia are a few others comprising the show’s stellar star cast. Yudh’s first look was revealed in May, 2014 and and is all set to air on Sony TV.

This is not the first time that Big B will be seen on the small screen, the superstar has been the host for television game reality show – Kaun Banega Crorepati – for most of its seasons.