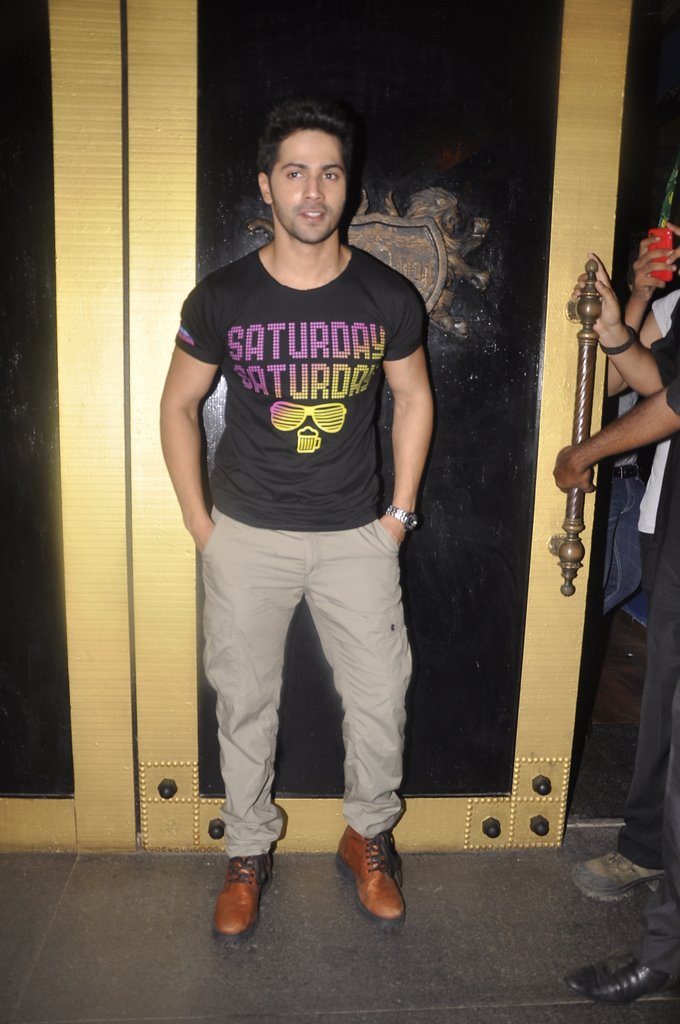 Bollywood hunk Varun Dhawan turned in to a DJ at MTV’s Bollyland concert . Dhawan was at the concert to promote his upcoming movie ‘Humpty Sharma Ki Dulhaniya’. The actor was energetic and made the crowd groove to movie’s new track ‘Saturday Saturday’.

Varun looked sporty in a black T-shirt which was printed with the words ‘Saturday Saturday’ – what a way to promote a song!

The movie HSKD is produced by Karan Johar and features Alia Bhatt as the leading lady. ‘Humpty Sharm’ is directed by Shashank and is all set to be released in theaters across the country on July 11, 2014.

The film’s shoot began in early 2014 and was mainly filmed in Mumbai.