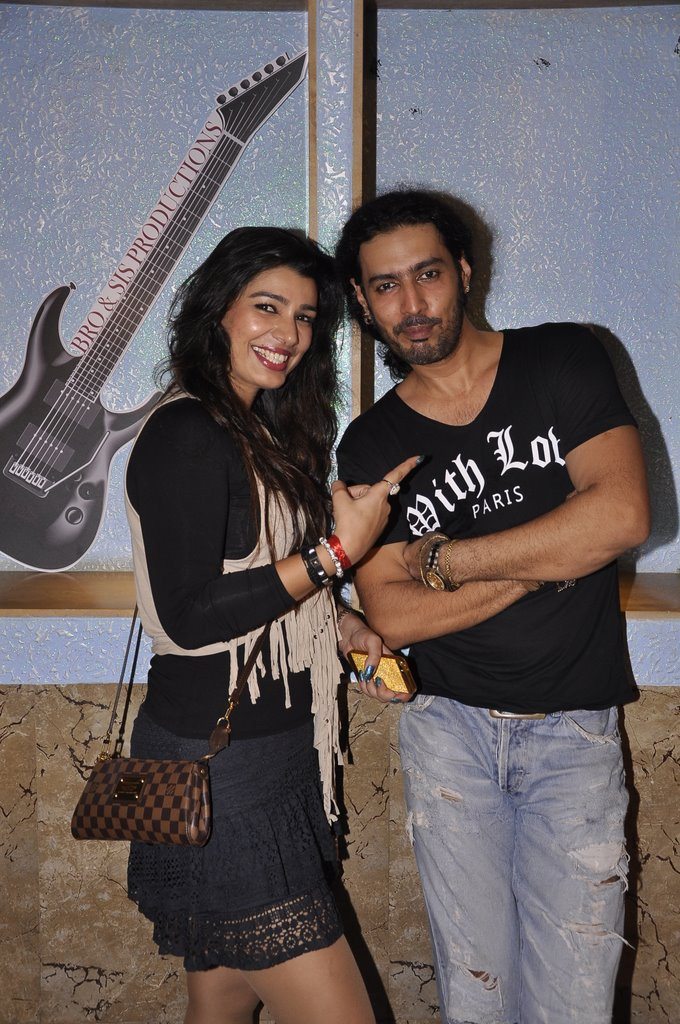 Indian model and actress Mink Brar was at the event launch of brother Pannu Brar’s new album ‘Rakhane’ held at Sheesha Launge in Mumbai on June 20, 2014. Pannu is known for his work in ‘Kayputli’ and has also sung in the ‘Damadamm!’ shows.

The launch event was also attended by singer Shibani Kashya, actress Deepshikha and other actors and celebrities from the music and film industry.

Punnu and sister Mink had started a production house which is called Bro and Sis Productions. Meanwhile, Mink has worked in several Bollywood movies and has also appeared on TV Shows. The actress is best remembered for her roles in ‘Oops’ and ‘Ajnabee’.