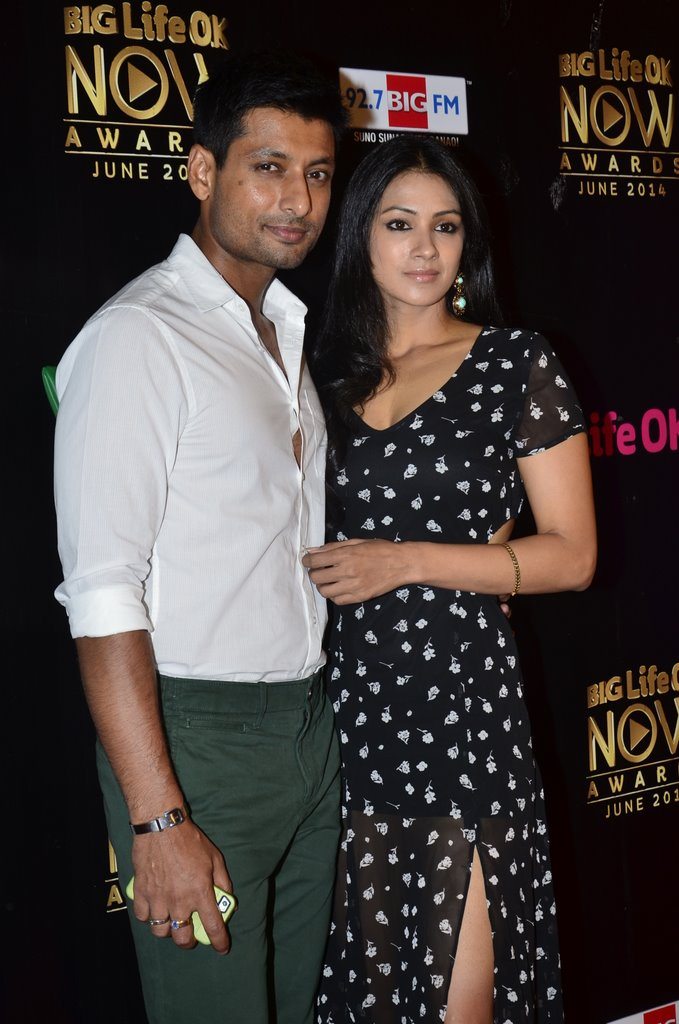 The annual Life OK Now Awards 2014 were a dazzling affair with a cluster of Bollywood and small screen stars congregating under one roof. The awards were held at Filmcity in Mumbai on June 22, 2014.

Bollywood’s Vidya Balan dazzled on the red carpet in a Manish Malhotra ensemble as she promoted her much awaited film – Bobby Jasoos.

Vidya wasn’t the only one promoting her film at the award ceremony, lead pair of Humpty Sharma Ki Dulhaniya – Varun Dhawan and Alia Bhatt – were also seen in attendance. The adorable duo was at their effervescent best, while Varun doesn’t need much to get the girls going gaga – dressed in fitting stylish suit – Alia Bhatt stunned in a Falguni and Shane Peacock outfit. The ‘Student of The Year’ actress definitely bagged the red carpet limelight as she showed of her ‘pataka’ tattoo on the nape of her neck.

Bollywood newbies Tiger Shroff and Kriti Sanon were also at the award ceremony.