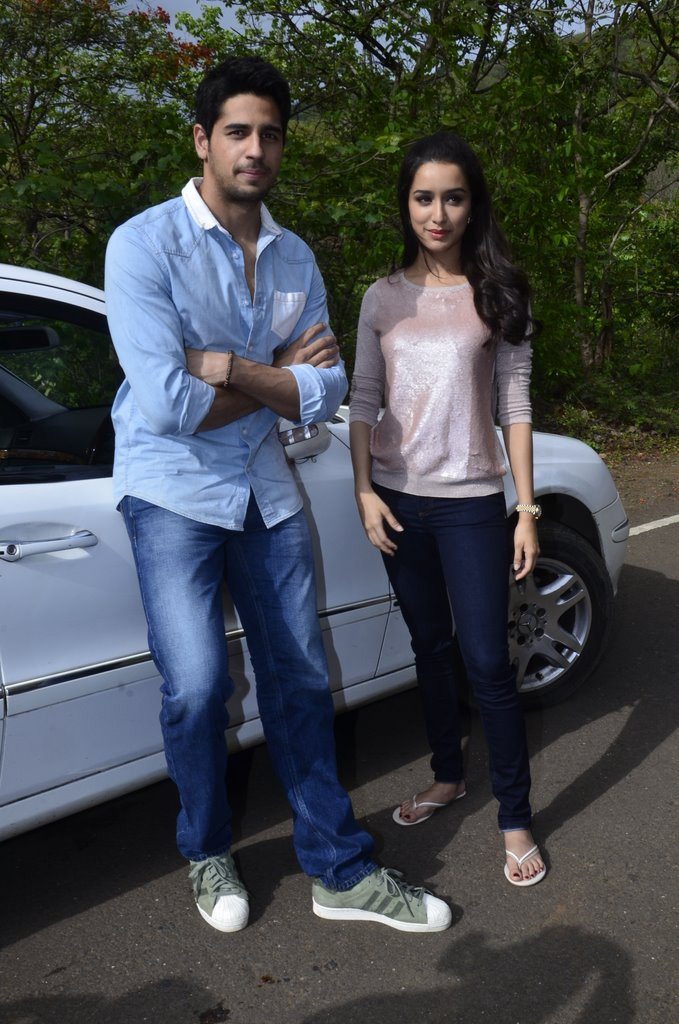 Sidharth and Shraddha promote Ek Villain on the small screen.

The actors will be seen in a special episode on the show and were even rehearsing their lines for a scene.

The duo delivered their shots impeccably and posed with the CID team for a photo op later on. CID has been the longest running show in the history of Indian television and with stars like Sidharth and Shraddha promoting on it, just proves the show’s mettle.

‘Ek Villian’ is all set to hit the theaters on June 27, 2014 and also stars Riteish Deshmukh who will be seen paying a negative role.