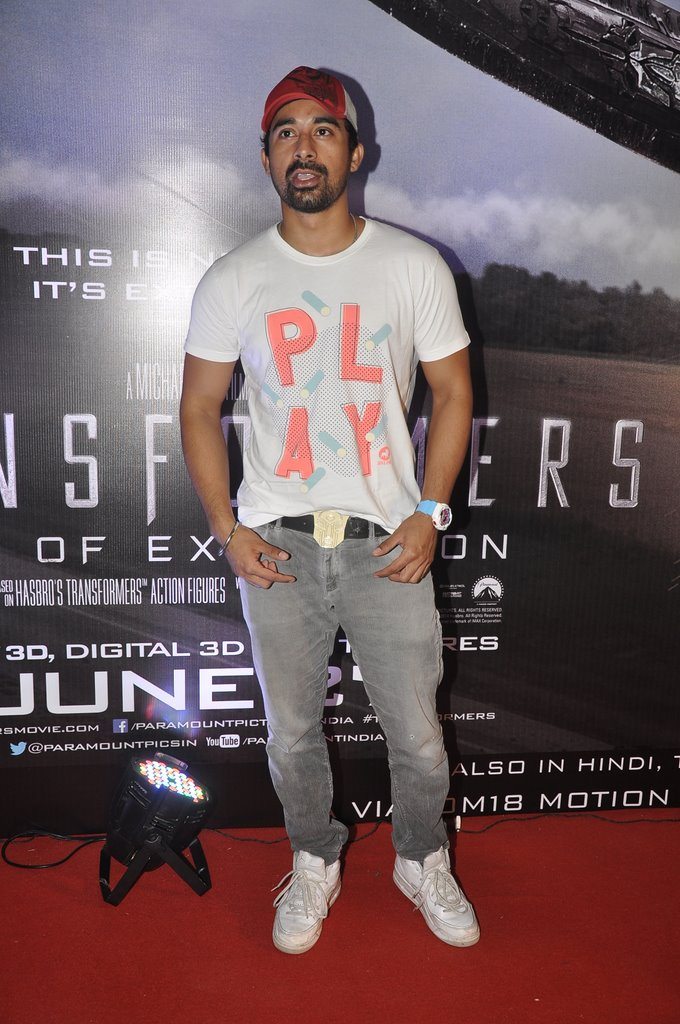 Celebrities like Manish Paul, Ranvijay Singh, Raghu Ram, VJ Andy and Siddharth Shukla were seen eager to catch up with the special screening of the action/sci-fi flick

Other stars who were also seen at the event included Darsheel Safari, Gaurav Chopra, Gautam Rode, Rithvik Dhanjani and many other stars.

‘Transformers: Age of Extinction’ recently had its premier in Hong Kong with great fanfare.