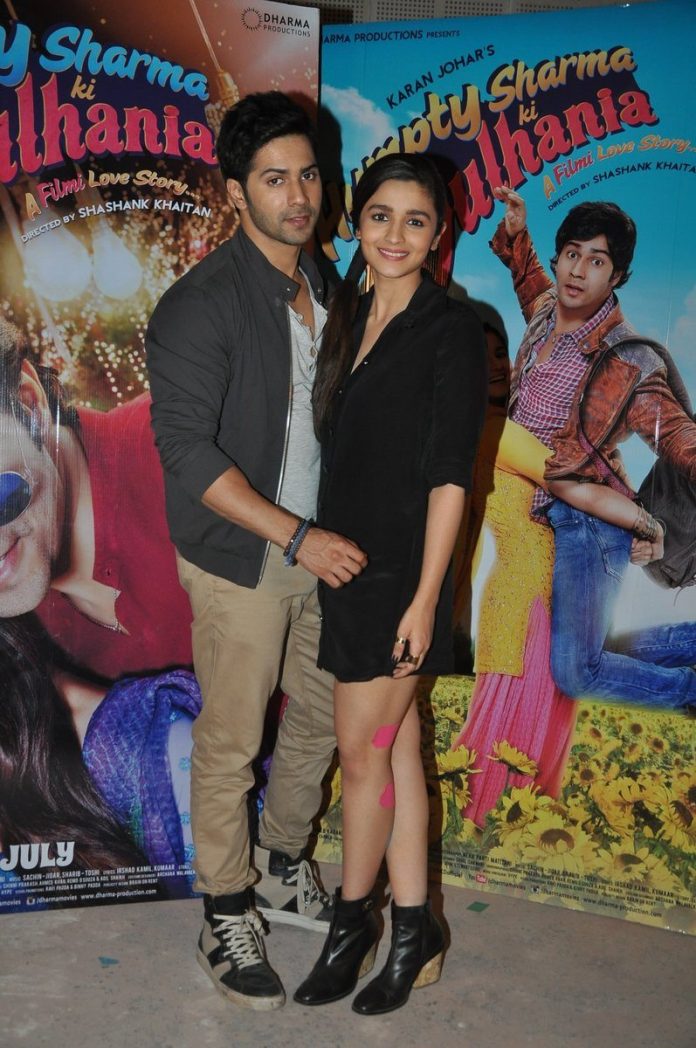 Humpty Sharma Ki Dulhaniya gears up for its July release.

Bollywood’s current hot favorite couple Varun Dhawan and Alia Bhatt are on a promotional whirlwind tour, the duo has been busy promoting their upcoming rom-com ‘Humpty Sharma Ki Dulhaniya’. The actors were at Filmcity in Mumbai on June 23, 2014, the two posed for the cameras and interacted with the media at the press event.

Alia rocked her semi-casual look in a an LBD (little black dress), while Varun looked his casual best.

HSKD is all set to be released across theaters in India on July 11, 2014. Alia will take on the role of Kavya Pratap Singh, while Varun will play the role of Rakesh ‘Humpty’ Sharma.

The movie also has Ashutosh Rana playing the role of Kavya’s father.