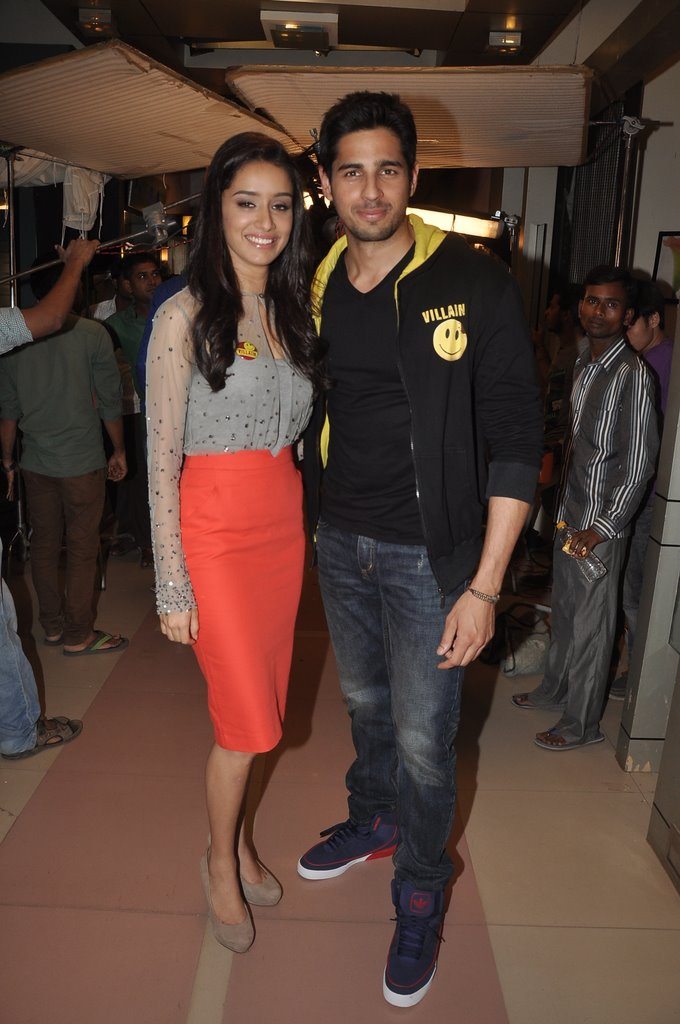 Shraddha Kapoor and Sidharth Malhotra on last lap of promotions for Ek Villain.

Bollywood stars Shraddha Kapoor and Sidharth Malhotra are on a promotional spree for their film Ek Villain – releasing on June 27, 2014. The actors were on the sets of the TV show ‘Yeh Hai Mohabattein’ airing on Star Plus.

Shraddha and Sidharth posed along with the entire cast of the TV Show. The music of the movie has already become popular amongst audiences.

Ek Villain will be a must watch for Sidharth Malhotra fans as the actor will shed his chocolate boy image and take on a villainous role for the first time. Reteish Deshmukh will also debut as a negative character in Ek Villain.