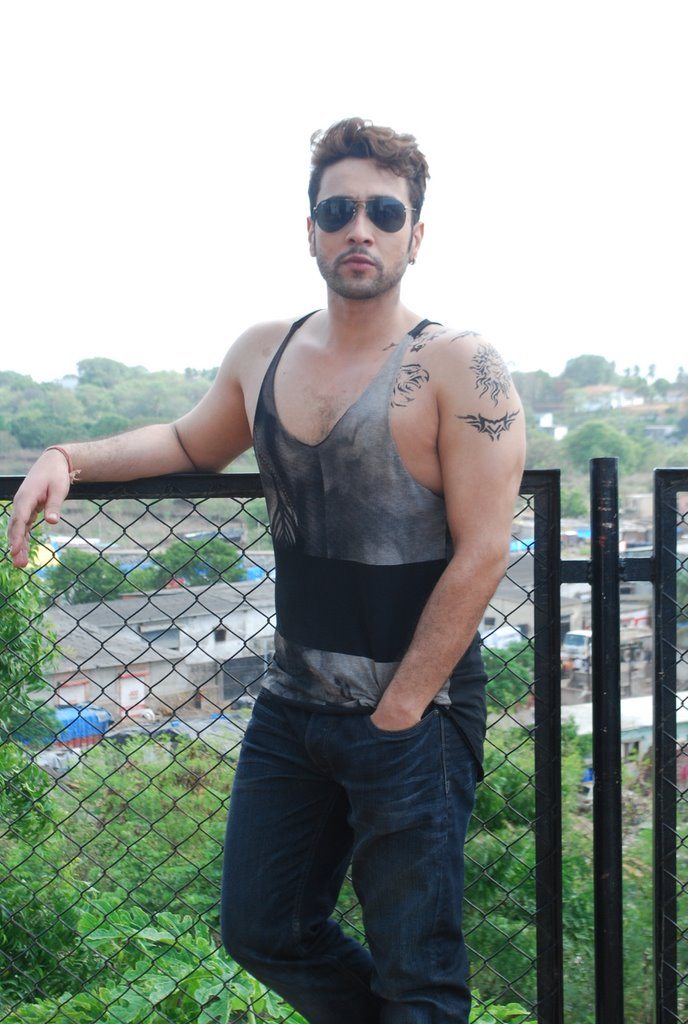 Bollywood actors Adhyayan Suman and Sara Loren were on the sets of their upcoming movie ‘Ishq Click’ in Mumbai on June 24, 2014.

While interacting with the media, the actor said that he is having plenty of fun and that it is really important for an actor to play different roles during his or her career.

Adhyayan added that he is 26-years old, but started out pretty young -when he was 19 years old – with the movie ‘Haal-e-Dil’.

Sara looked pretty in a golden outfit while Adhyayan sported a casual look.

Adhyayan Suman’s debut film ‘Heartless’ didn’t do to well at the box office, however, the makers of Ishq Click – director Anil Balani and music directors turned producers Ajay Jaiswal and Satish Tripathi – are confident of the junior Suman fitting the role. Adhyan will take on the role of a photographer in the film. Pakistani beauty Sara Loren – who also started off with the Bhatt banner – will act opposite Suman in Ishq Click.