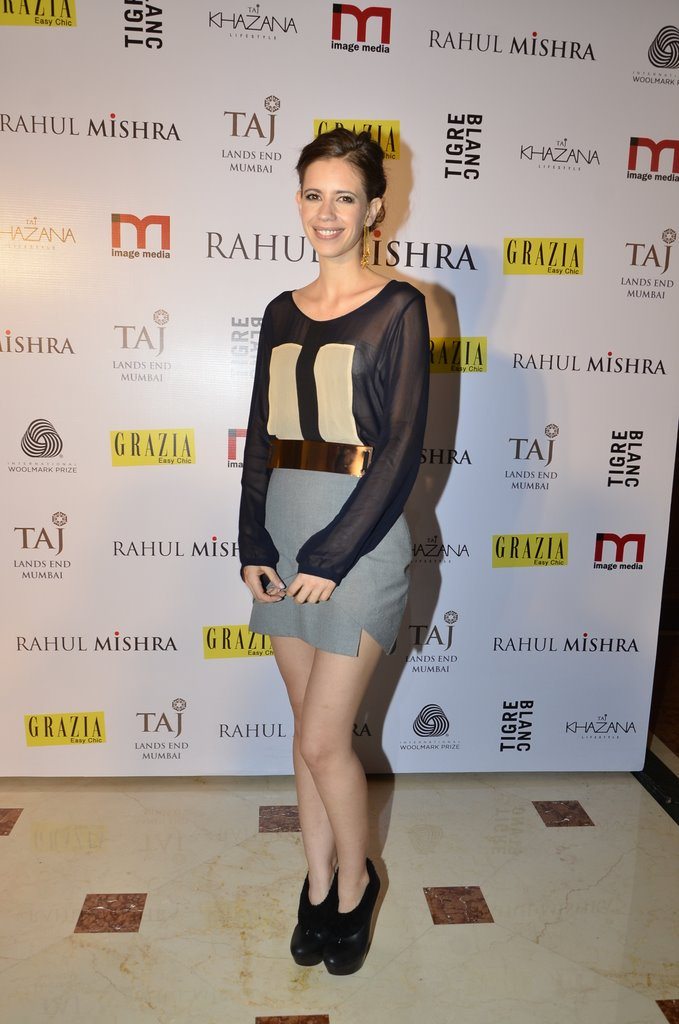 Kalki and Sonam flaunt their impeccable sense of style at the Grazia event.

Mishra debuted at the 2006 Lakme Fashion Week with a collection that showcased the handloom craft of Kerala, India. He is based in Mumbai and Delhi and became the first Indian designer to win the International Woolmark Price at the Milan Fashion Week. His 2014 collection that he had designed for the competition will be sold in stores across the globe.

Sonam Kapoor was her fashionista-self wrapped in six yards of peach colored floral print, while Kalki Koechlin opted for an ultra chic western ensemble, she looked stylish in a grey skirt and a black sheer top, the golden belt over her waist added that extra fashionable zing.