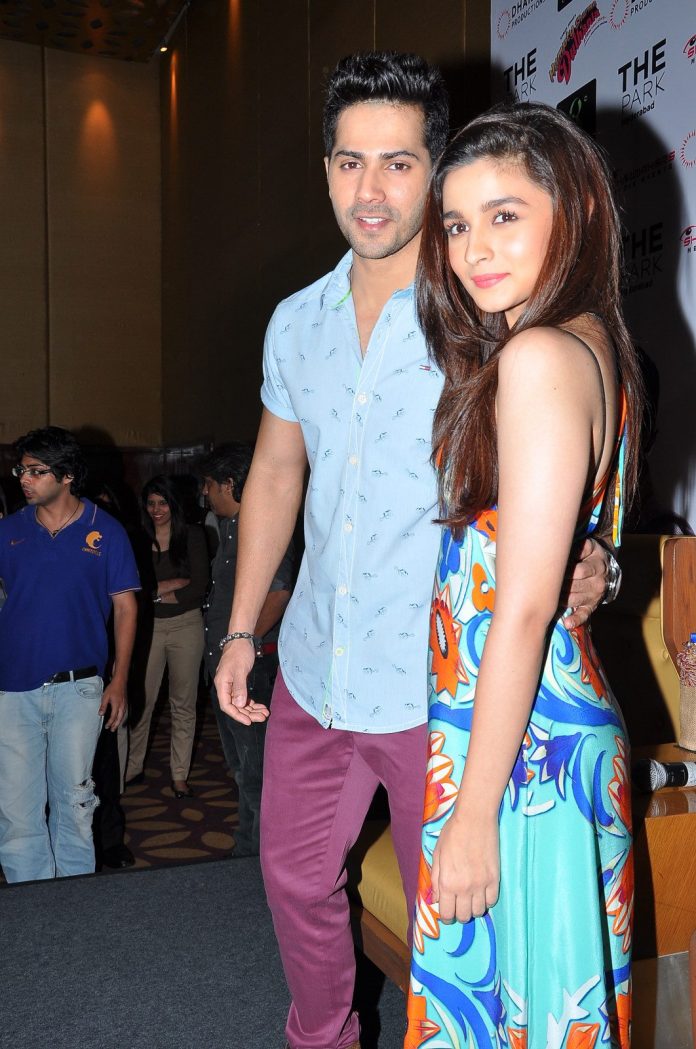 Alia appeared in a blue hued and flowing printed gown while Varun arrived in a casual trousers and shirt look. The actors are extensively promoting Humpty Sharma, the movie is all set to hit the theaters on July 11, 2014.

This will mark the second time Alia will be seen opposite co-star Varun Dhawan, the duo was first seen together in their debut film ‘Student Of The Year’. While interacting with the media at the event, Dhawan revealed a funny quirk about his character – ‘Humpty’ – in the film, “Humpty is a character who has this funny tendency to say the wrong things at wrong time.”