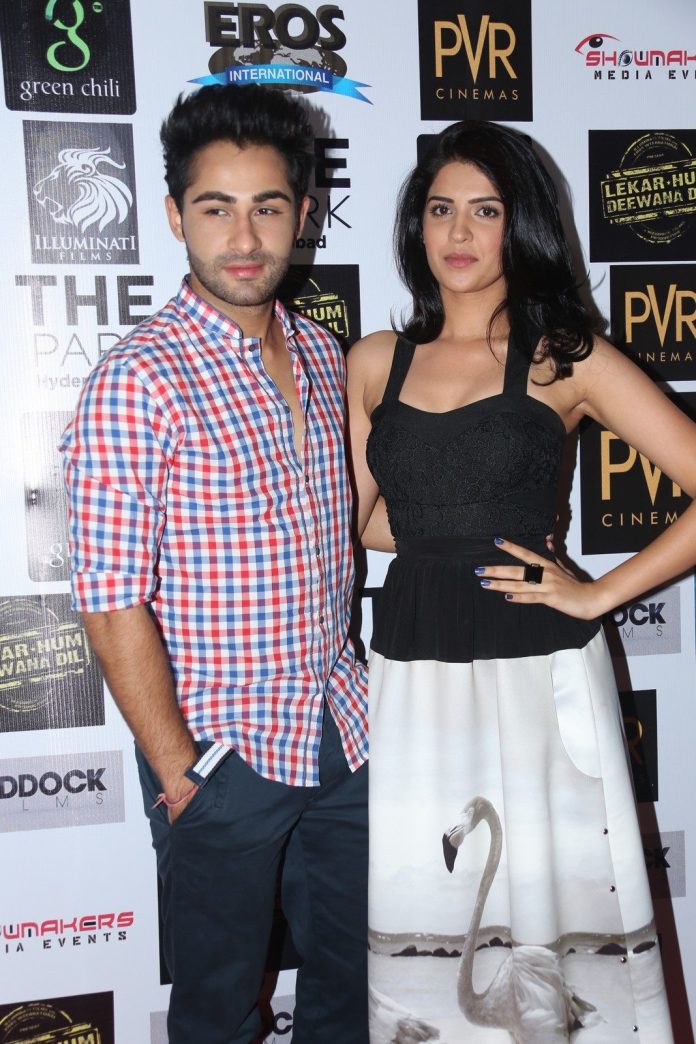 Deeksha looked drop dead gorgeous in a white skirt and a black peplum top while Armaan was sported a cool and casual look in a checked shirt and trousers.

The upcoming Bollywood movie is directed by debutant Arif Ali – brother of Imtiaz Ali – and the music has been composed by none other than maestro A.R.Rahman.