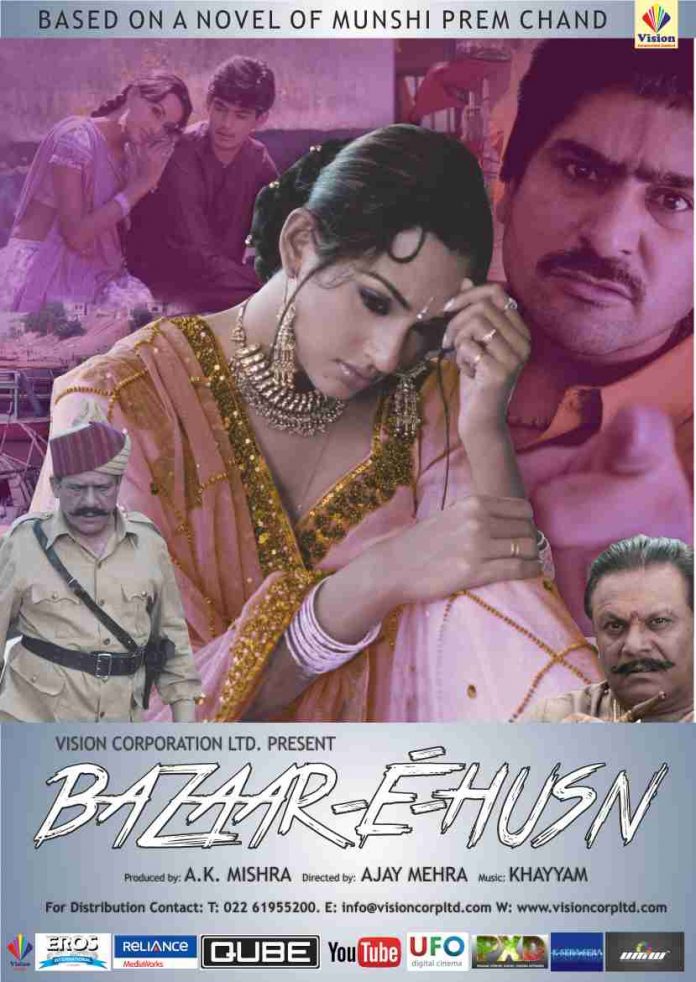 Movie based on Premchand’s novel to be released in July.

Bollywood movie ‘Bazaar-e-Husn’ by Vision Corporation Limited is all set to hit the theaters on July 18, 2014. The movie is based on famed hindi literary figure Munshi Premchand’s renowned Urdu novel ‘Bazaar-e-Husn’.

The movie was under production for quite some time and is finally ready to be released. ‘Bazaar-e-Husn’ stars Yashpal Sharma, Rashmi Ghosh, Jeet Goshwami and Om Puri and is produced by A K Mishra. Ajat Mehra has directed the flick and the lyrics for the songs have been penned down by Maya Govind.