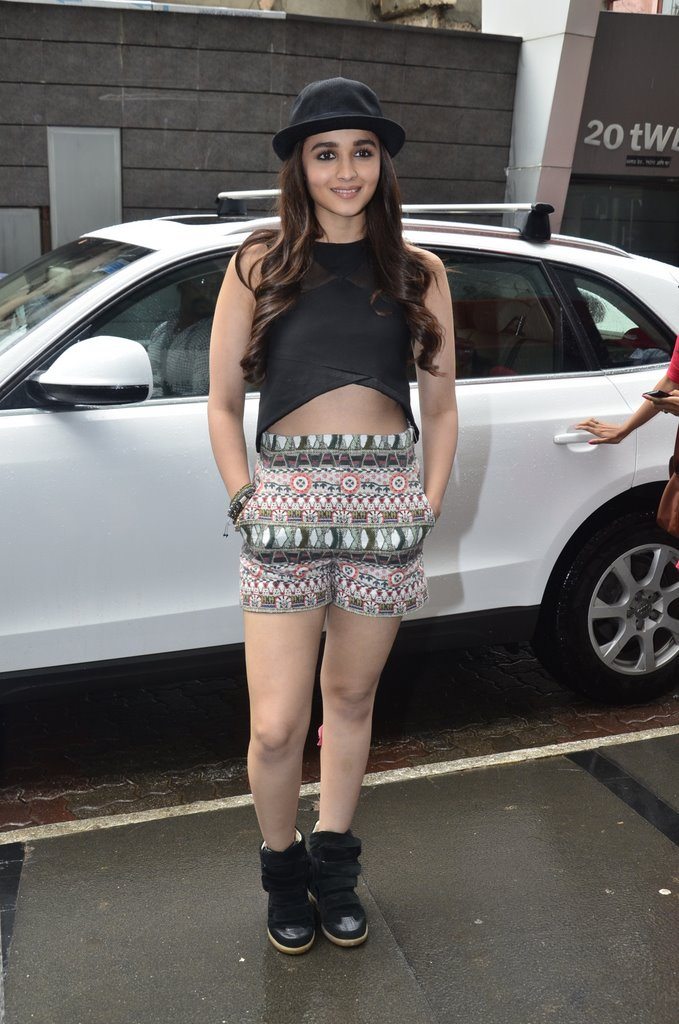 Alia Bhatt charms everyone with her soulful singing.

Bollywood actors Alia Bhatt and Varun Dhawan launched the unplugged version of the song ‘Samjhawan’ from their upcoming movie ‘Humpty Sharma Ki Dulhaniya’. The song has been sung by Alia herself.

Alia donned her quintessential chic style as she sported a fedora hat paired with Zara shorts and a black top.

The actress managed to mesmerize the audience with her soulful song, father Mahesh Bhatt was also present at the event and gleamed with pride upon witnessing his daughters work.

Varun seemed to carry on with his all black attire and looked stylish at the event in a leather jacket and tie look.

Humpty Sharma Ki Dulhaniya is all set for release on July 11, 2014.