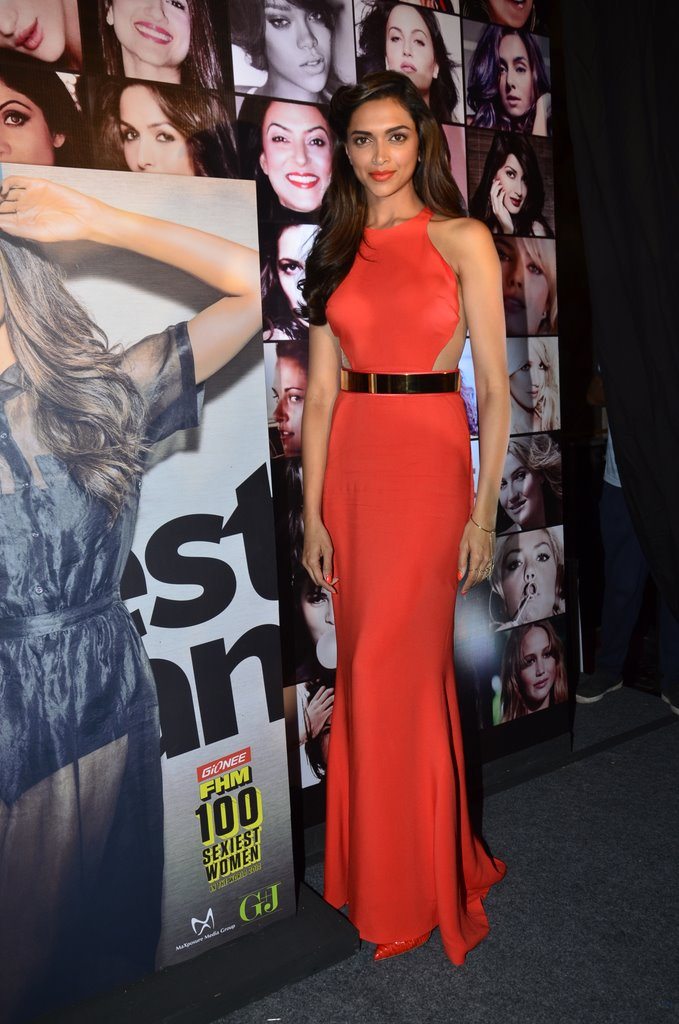 Bollywood siren Deepika Padukone amped up the glam quotient at the FHM 100 Sexiest Women in the World 2014 bash held in Mumbai on July 2, 2014. The ‘Om Shanti Om’ actress arrived in an exquisitely tailored red gown, the tall diva’s sartorial choices at each event prove just why she has made it to the top of the list.

Padukone has raced actress Katrina Kaif – who was the winner of this title for the last three years – to top  of the FHM list of 100 sexiest women in the world 2014.

FHM (For Him Magazine) is a British monthly lifestyle magazine and it announces its list of the 100 sexiest women alive each year.

Deepika was last seen in Sanjay Leela Bhansali’s ‘Ram Leela’ and is currently working for multiple projects which are due for release in 2014 and 2015.