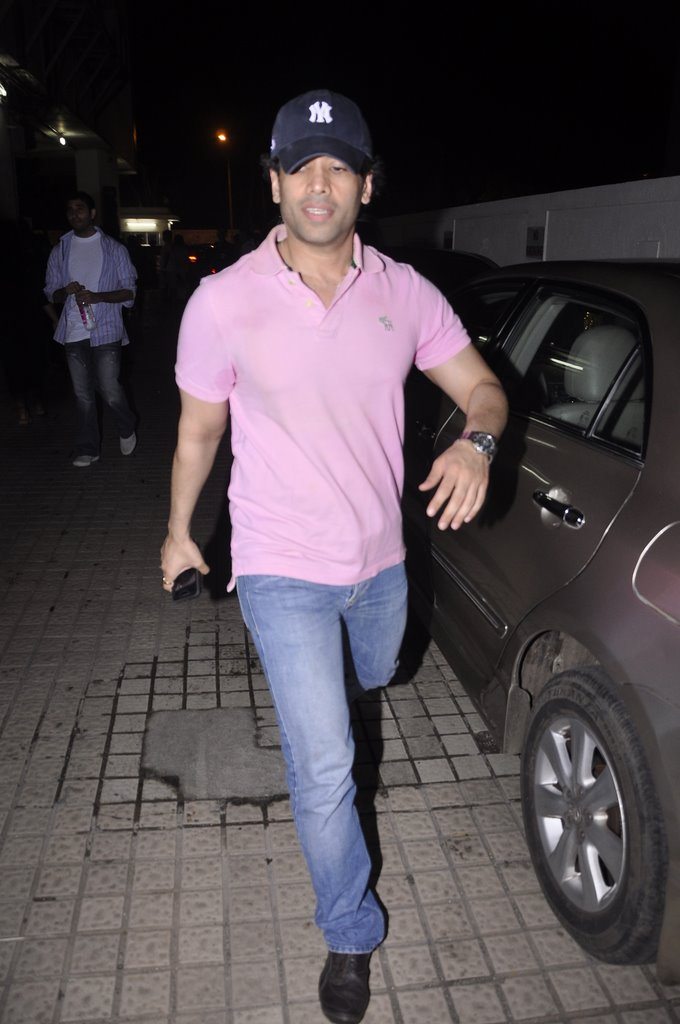 Bollywood actor Tusshar Kapoor along with other filmy personalities, were at PVR cinemas in Mumbai on July 4, 2014. Other celebrities who were also seen at the venue included Shilpa Shetty’s parents Surendra Shetty and Sunanda Shetty, Raj Kundra and Shahrukh Khan’s daughter Suhana Khan.

Tusshar sported a cool and casual look as he wore a pink t-shirt paired with denims and a cap.

Shahrukh’s daughter Suhana was seen catching up with some of her friends.

Tusshar was recently seen in the movie ‘Bajate Raho’ in which he played the role of Sukhi, and at present the actor is working on the upcoming movie ‘Mastizaade’.

The actor made his debut with the movie ‘Mujhe Kuch Kehna Hai’ and is the son of veteran actor Jeetendra.