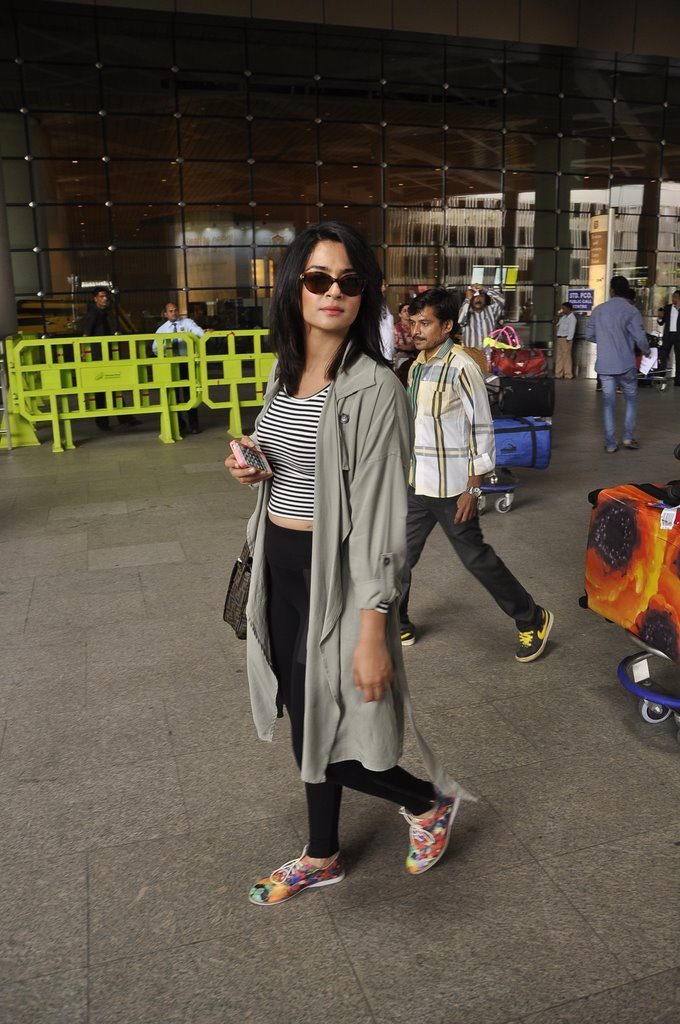 Surveen Chawla looks stylish even as she travels.

TV actress turned Bollywood starlet Surveen Chawla was at the Mumbai airport as she returned from Canada. The actress who is all set to make her debut in the upcoming movie ‘Hate Story 2’, looked pretty in a stripped top with black pants, paired with a baggy long coat, the multi-colored sneakers were definitely eye-catching.

Surveen has been paired opposite  actor Jay Bhanushali in the sequel of the 2012 movie ‘Hate Story’. Surveen had shot to fame by appearing in the popular TV series ‘Kahin Toh Hoga’ and is best remembered for her role as Kasak in ‘Kasauti Zindagi Kay’ .