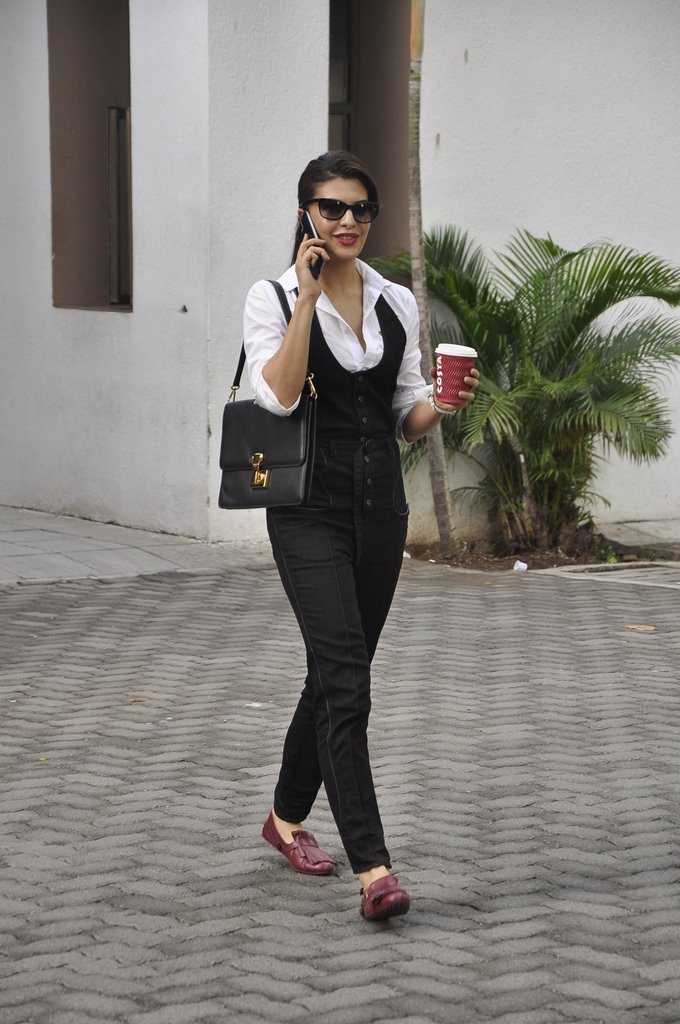 Jacqueline looks stylish even on a casual day out.

Bollywood actress Jacqueline Fernandez had an impromptu photo op has shutterbugs followed her while she crossed the street sipping coffee in Andheri, Mumbai on July 4, 2014.

The ‘Housefull 2’ actress’ impeccable sense of style never seems to leave her even on casual day, Jacqueline looked chic in a black Jumpsuit paired with trendy shades and a purse.

The actress is currently all excited for her upcoming release ‘Kick’ opposite ‘Dabangg’ star Salman Khan. The movie is the remake of a Tamil movie ‘Thuppakki. Jacqueline is also working on an upcoming project known as ‘Roy’.

In 2013, the actress was seen in ‘Race 2’ and ‘Ramaiyya Vastavaiya’ in which she did a special song.