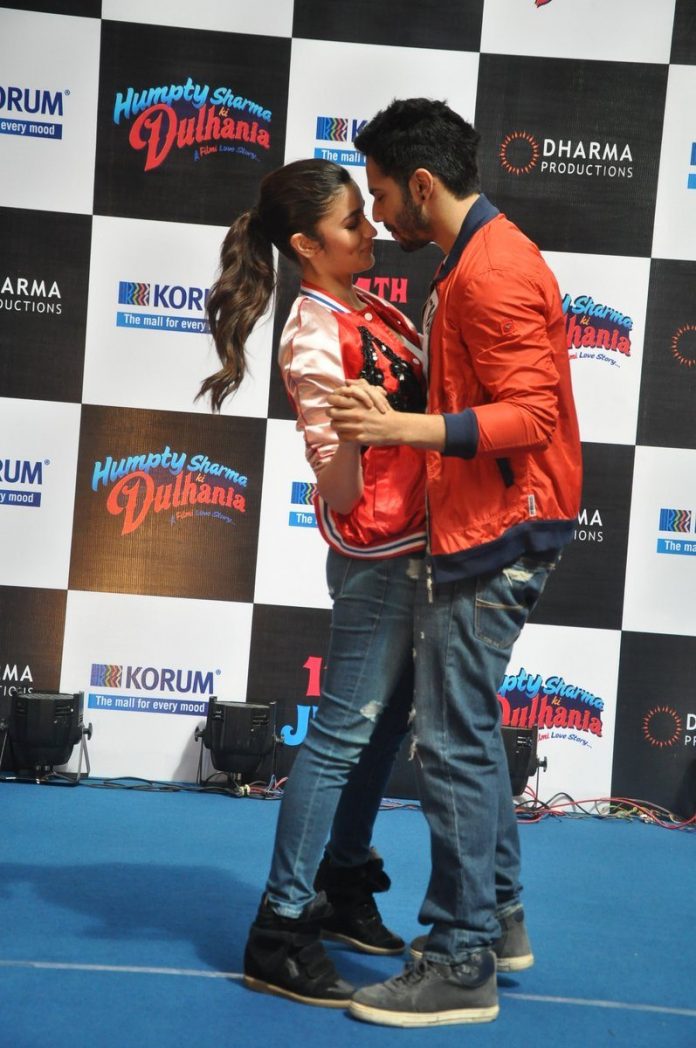 The duo amped up the fun quotient at the mall as they danced to movie’s tracks on stage.

Dressed in a similar orange jacketed attire, Alia and Varun interacted with eager fans present at the mall.

The movie is all set to hit the theaters on July 11, 2014 and is produced by Karan Johar and directed by Shashank Khaitan.