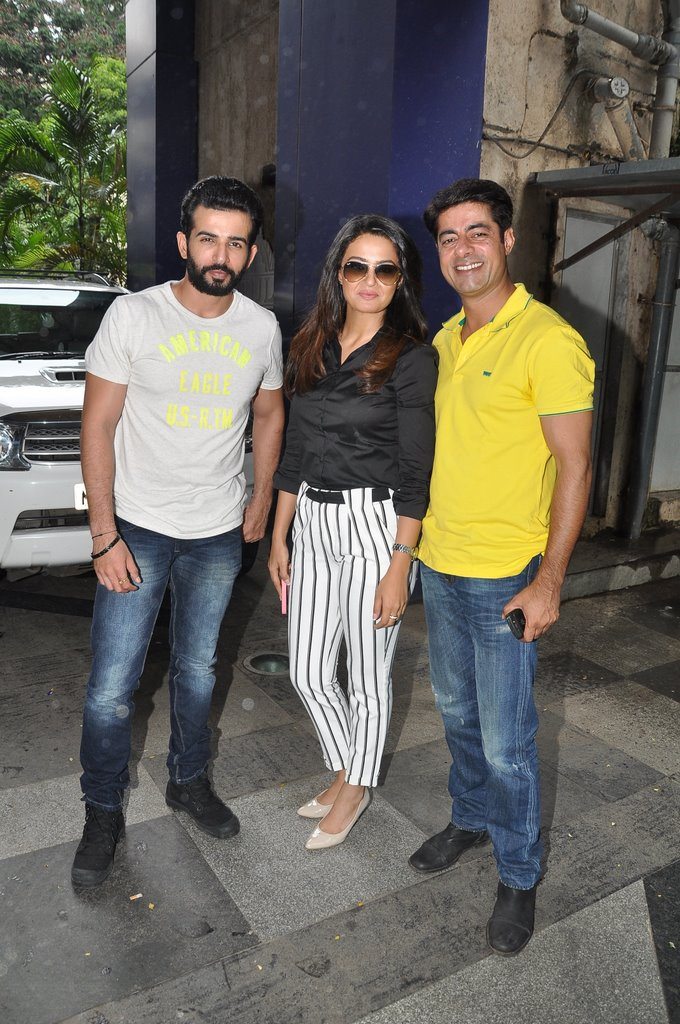 Hate Story 2 gears up for next week release.

Bollywood actors Jay Bhanushali, Surveen Chawla and Sushant Singh are busy promoting their upcoming movie ‘Hate Story 2’. The actors were at a promotional event in Mumbai city on July 8, 2014.

Surveen in a recent interview said, “We acclaim films from overseas and say what a great job done. But when we Indians do it, it becomes weird. For me and every professional, it’s just a job; I don’t see a reason why it should be prohibited.”

Surveen sported a chic look in a pair of black and white stripped pants with a tucked in black shirt, while Jay went for cool and casual in a jeans and tee look.

The film is all set to be released on July 18, 2014, it is directed by Vivek Agnihotri and produced by Vikram Bhatt.