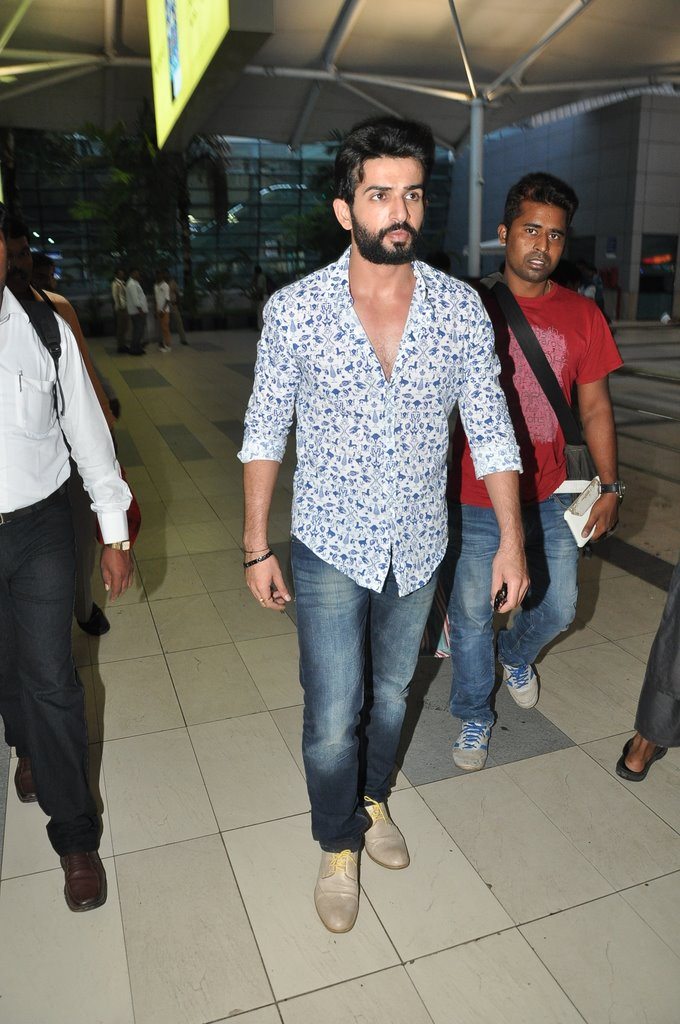 Bollywood’s busy bees get clicked by the shutterbugs.

Bollywood movie promotions are a big deal, even if a film has a moderate potential, extensive promotions can turn its fate around. Actors Alia Bhatt Varun Dhawan, Surveen Chawla and Jay Bhanushali were at Mumbai airport – on July 9, 2014 – returning from their pan India promotional spree.

Alia and Varun have travelled from pillar to post to promote their film -Humpty Sharma Ki Dulhaniya – far and wide, while the Hate Story 2 leading pair Surveen Chawla and Jay Bhanushali have also left no stone unturned when it came to promotions.