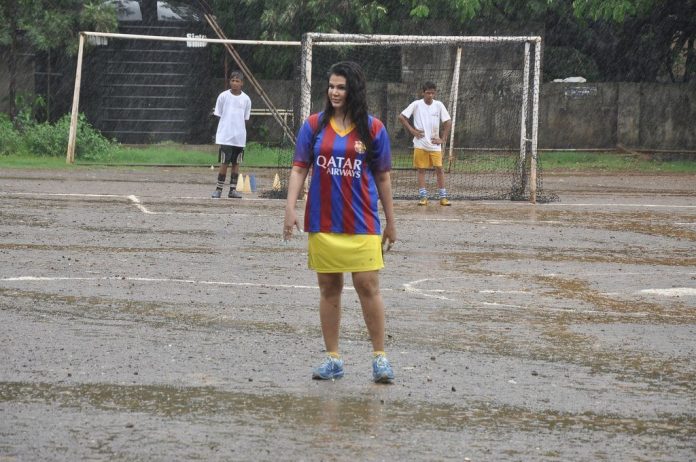 Rakhi Sawant gets sporty on the football field.

Bollywood’s original item girl Rakhi Sawant made the most of the monsoon season in Mumbai as she played a game of soccer with underprivileged children on July 10, 2014. Rakhi was seen wearing the perfect football outfit and played along with singer Carlyta Mouhini.

The feisty lady has been in the news recently for having tried her luck in politics. The actress contested as an independent candidate at the 2014 Indian general elections, but failed miserably. However, that didn’t deter the sexy siren to try her luck again, Rakhi has now joined a political party and is currently working to promote it.