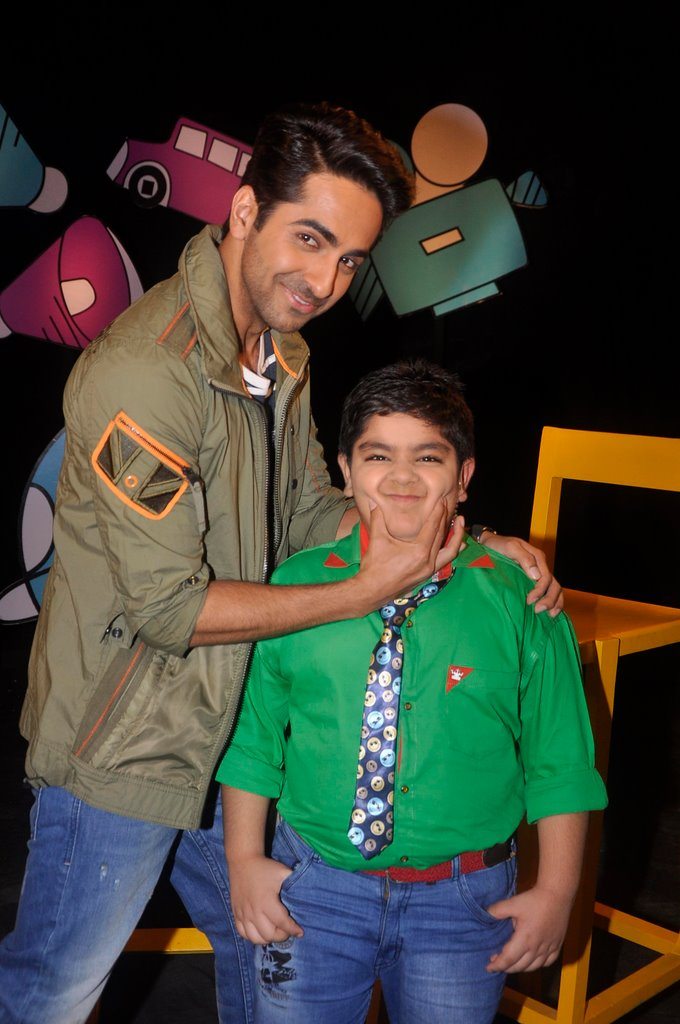 Ayushman Khurana shows of his kiddie side.

Ayushman looked his casual best in a denims and jacket look.

The ‘Vicky Donor’ actor had a great time with the child host and also performed one of his popular songs on the show. The host who gifted Ayushman a small guitar, is known for cornering celebrities on his show with funny and embarrassing questions. Since it is a children’s based show, not only does Sadhil  bring out the spontaneity in stars, but also makes sure that the audiences are enthralled with some of the guest’s childhood experiences.