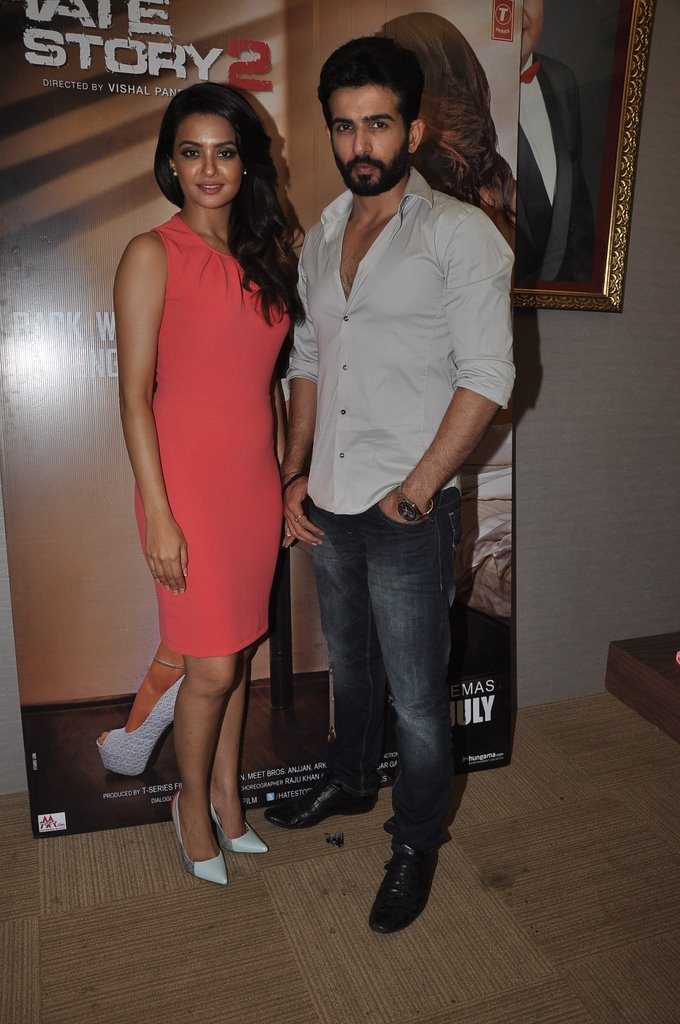 Hate Story 2 all set for release.

TV turned film actors, Surveen Chawla and Jay Bhanushali along with Sushant Singh promoted their much awaited movie ‘Hate Story 2’ in Mumbai on July 12, 2014. The movie is a sequel to the 2012 flick ‘Hate Story’.

Surveen looked her daintiest best in a fitting pink dress, while Jay looked stylish in a semi-formal look.

The actor also clarified that the bold scenes are just in one song and after that, the whole movie runs like a story.