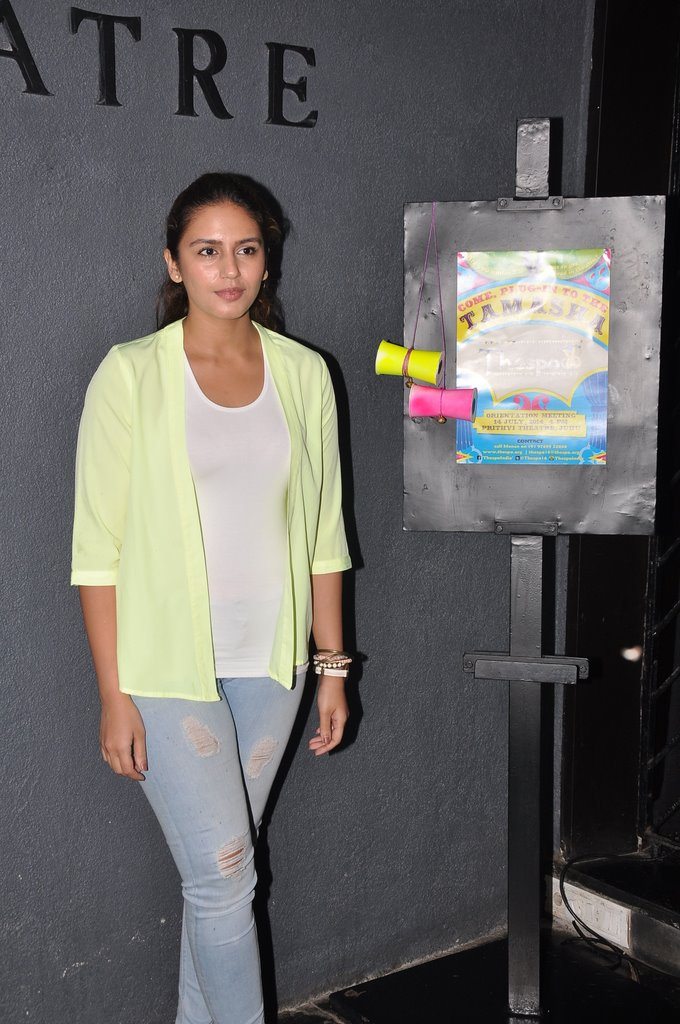 Huma Qureshi shows off her theater personality at Thespo in Mumbai.

The orientation meeting was organized as a part of Thespo’s initial 16th year celebrations. Thespo 16 which has been titled as ‘Plug-In to the Tamasaha’, will as usual be a gala theater affair that attracts some of the best youth talent in the theater world.

The actress interacted with the media at the event and said, “Theatre is a form of unique performance art that presents the experience of a real or imagined event before a live audience. I am happy and proud that my career began with Thespo, it has helped me throughout my professional career. I believe it is a great platform for every theatre lover as it helps budding talent fulfill their inner potential.”